Disney+ to launch in November as streaming segment starts to look crowded [telecoms.com]

Apple Is to Unveil Apple TV+ in November with $9.99 Fee after Free Trial [www.coinspeaker.com]

Apple TV+ could launch in November, priced at $9.99 per month [www.cultofmac.com] 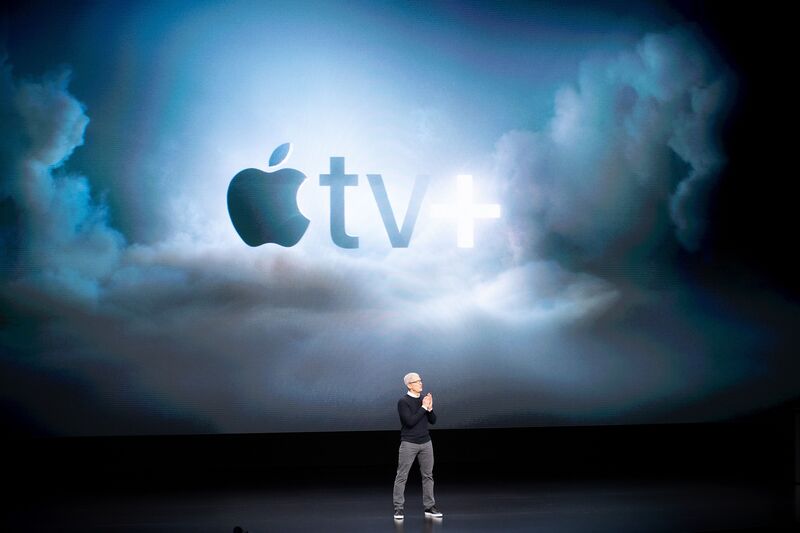 Apple's 'The Morning Show' one of most expensive TV shows ever: report [www.businessinsider.com]

Okay to put this in additional context: Apple is reportedly spending $6 billlon on content. Disney, according to analysts, is spending $24 billion on content. The difference: Apple is streaming only. That is 25 percent of Disney’s budget for just streaming. https://t.co/FgV9SoKZ6k

apple is spending more than $6bn on content for its upcoming streaming service (up from an initial $1bn commitment). they've spent more per episode on The Morning Show than Game of Thrones. scoop w/ @tim (we are both good at being on vacation) https://t.co/QqOn7QSkf4

Apple has so far committed to spend a total of more than $6bn on original TV & movies, even before a single customer has signed up for TV+. “Morning Show” alone is costing hundreds of millions. TV+ likely to beat Disney+ to market.
Scoops w @annaknicolaou https://t.co/MHxo8rBjap

SCOOP: Apple is spending $6bn on content for its new streaming service in its race to catch Netflix - much more than its stated figure of $1bn. Its new Jennifer Aniston/Reece Witherspoon series has surpassed Game of Thrones as the most expensive ever made https://t.co/5cTll2YHaX

If Apple does go with $9.99 a month, that immediately seems like too much on a relative value proposition. https://t.co/1AVqfteOsV

Apple reprising its HomePod strategy for its TV service — overcharge people for the weakest offering in the market https://t.co/rmbyaBPa12

Report: Apple’s new streaming series ’The Morning Show’ cost most per episode than Game of Thrones. #GoT reportedly cost $15M per episode during Season 8

Apple is boosting its streaming content budget to $6B, sources tell the @FT, up from its initial plan of $1B. Also: Apple is spending more per episode of @TheMorningShow than HBO‘s $15M per episode of Game of Thrones. https://t.co/aegi9c5REM

Of course, those will be the highlights, but there are likely to be other shows at launch as well, but still an overall limited selection compared to established players. $9.99 price is one of multiple prices/launch strategies being considered, but would align with Music, News.

Not thrilled about another walled subscription garden by Apple, but escaping the sewer that is the ad-infested, in-app payments corrupted slot machines that they call mobile gaming these days might just be worth it. https://t.co/9HmobQ4ecq

I also don’t think Apple is particularly thrilled about the $6 billion number coming out for TV+. That’s a massive investment (2x their largest deal ever - Beats), for something Apple is trying for the first time against huge competition. It’s unclear how successful it’ll be.

This is not about margins but defending the moat ten years out. All megatechs are facing sharply higher SG&A, lower margins & slower growth. When investors will realize this is anybody’s guess... https://t.co/2XLeJEU0fV

I would happily pay a monthly fee that included my phone, iCloud, all these content services, etc. But pricing all these things piecemeal and letting them get crushed by Netflix and Disney? I don’t get it https://t.co/bSy90cqnUM

If Apple has ‘committed’ $6bn to TV, that won’t all be in one year, so for comparison purposes it’s a lower number. Meanwhile Netflix will apparently spend $15bn this year and has over $20bn of content on the balance sheet. Not quite play money but not a full-on attack on Netflix

IMO, $9.99 per month would be a hard sell for Apple TV+ now, since it lacks the content catalogs that Netflix, Amazon and Disney have. While Apple has indeed being weighing that price point, my strong belief is that it will start under that, and focus its pitch on the free trial.

ICYMI: Apple TV+ could launch in November, priced at $9.99 per month https://t.co/gI0Kf0gLCP by @lukedormehl

Apple TV+ could launch in November, priced at $9.99 per month https://t.co/gI0Kf0gLCP by @lukedormehl

Report: Apple is aiming to launch Apple TV+ by November, at $9.99 a month, likely with a free trial as more shows are added

A free trial is likely as Apple builds up its library, according to people familiar with the matter, who asked not to be identified because the plans aren’t public https://t.co/bYf9oObJHw

In other Apple news, the company plans to roll out the Apple TV+ movie and TV subscription service by November, part of a drive to reach $50 billion in service sales by 2020 https://t.co/bYf9oObJHw pic.twitter.com/wRnTBQrGib

Apple reprising its HomePod strategy for its TV service — overcharge people for the weakest offering in the market https://t.co/rmbyaBPa12