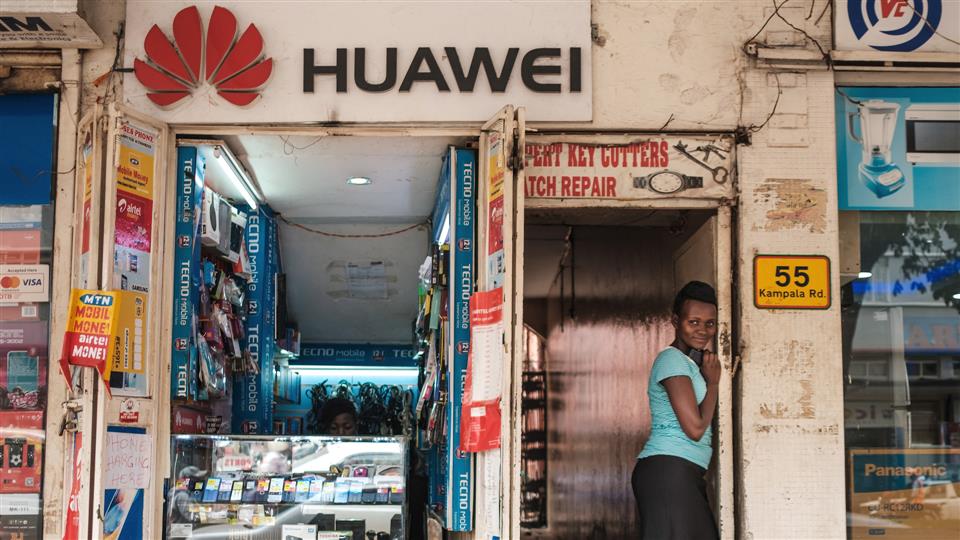 Huawei technicians, in at least two cases, personally helped African governments spy on their political opponents, including intercepting their encrypted communications and social media, and using cell data to track their whereabouts, the WSJ reports https://t.co/3peOV8j0wz

Huawei, the world’s largest telecoms company, is helping repressive African governments to spy on political opponents, info not publicly disclosed until now. In #Uganda they tried to hack @HEBobiwine. And in #Zambia they have targeted opposition bloggers. https://t.co/F0YZwv8Bgj

One Belt, One Carrier. https://t.co/lpVKcyMi5I

Israel's NSO Group has now denied to me that its products had been used to support spying by the Ugandan government: "We don’t work with Huawei at all. We don’t do business with Uganda, at all. And only NSO sells Pegasus - no one else does." https://t.co/HaGBNen5rG

The timing on these allegations is not great for Huawei even if it's fairly obvious this was done at a local level and had nothing to do with corporatehttps://t.co/bzLJQOkP1e

Writing this article on algorithmic colonialism and it’s like the universe is aligning in the most horrific way to illustrate the re-exploitation of African nations by foreign interests:https://t.co/164HhuOWjk

What a day in dystopian tech news. https://t.co/QiRely55j1

Any more doubts as to how Huawei technologies can be used to spy on other governments? https://t.co/hibdSH8HBb

HUAWEI: "Thanks for calling Huawei, how can I provide you with excellent tech support?"
UGANDA: "We need DIRT on ENEMIES of Uganda, they want to get ELECTED!"
HUAWEI: "I'm so sorry, let me help you with that. Do you want dirt in excel sheet or a PDF, sir?" https://t.co/FXwx0E0z7j