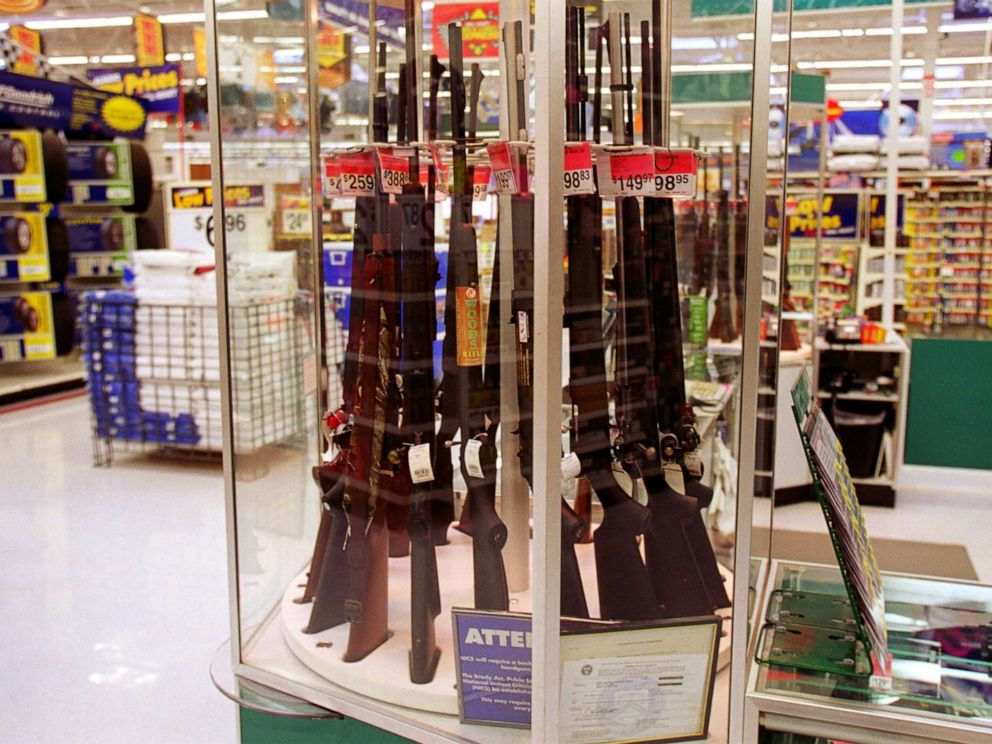 Walmart pulling violent displays, but will continue to sell guns despite pressure [abcnews.go.com]

Guns or video games: What kind of stand do businesses dare make? [www.zdnet.com]

Quick review of last 12 month bank statements show we spend $200 a month on average at @Walmart. That now goes to $0. Forever. Don't care that they still sell guns. That's business. But this nonsense is hypocrisy and frankly insulting. Bye Walmart.https://t.co/uGjcBuKvSn

If anyone thinks she will be then you're as brain dead as she is ?

"I say this as an software engineer: We are profoundly bad at asking ourselves how the things we build could be misused." Brianna Wu https://t.co/BJEA4KFIlX

The first real public signs about the toxic parts of gamer culture came in 2012. But it hasn’t stopped.

I wrote an op-ed for the Washington Post about why video games don't cause violence, but toxic gamer culture does--and how the culture has become a fertile recruitment ground for white supremacists and misogynists who actively want to harm women: https://t.co/EKsgZaMEtJ

Jeffrey Epstein was not a friend of mine. He killed himself? Is he the guy who liked women on the “younger side”? https://t.co/i5d3OL0v76

"We have a president whose words inspire and bolster perpetrators of these heinous acts," Jennifer Rubin writes in Opinions - 'There is no excuse for supporting Trump' - The Washington Post - https://t.co/YsCWnv2ICK

Congratulations fatso..you worked hard this week to get their nod https://t.co/RN0oQDUuOo

A company owned by the Idiot Trump continues to use undocumented workers for projects on his properties, according to past and current crew members.

He was impressive - 'Joe Biden reminded all of us of what a presidential president would sound like' - The Washington Post - https://t.co/YsCWnv2ICK

#MassacreMitch is Trump's foil on this - Donald can sound like he's in favor of background checks, knowing full well Mitch and the GOP Senate will kill it... (that last word carefully chosen) - https://t.co/YsCWnv2ICK #BackgroundChecks #GunSense

All people with intellectual and developmental disabilities deserve access to the services that will let us live in the community. #BringBackTheContracthttps://t.co/WlLp3CZ2Ux

Do not let our community fall through the cracks. Services for people with developmental disabilities are not optional. #BringBackTheContracthttps://t.co/D2zPjXhUX9

Sick! - 'It’s a shame about the deaths... but they never would have happened if immigrants didn’t keep trying to come here, and if Democrats would just let me stop them." - Donald J. Trump backs the manifesto of the El Paso shooter - The Washington Post - https://t.co/YsCWnv2ICK

#Walmart is claiming it has not removed sales of "Violent Video Games"https://t.co/695yV9Dqeo

But... if we recall the removed the signs and Walmart still selling guns, this is crazy...

Honestly, education is the answer not games or gun control. pic.twitter.com/DhUP4kT9wI

https://t.co/ycD7qWBAjr Walmart decides to walk back it's previous stance on "violent videogames" they knew that this was a knee jerk terrible idea in the first place.

This will be just as effective at stopping mass shootings as radio stations pulling Pumped Up Kicks off the radio after Sandy Hook https://t.co/S32cKWHcDG

A Walmart spokesperson told us that it’s issued no directive regarding the removal of video games from store shelves. There may have been some misunderstanding, or a store may have acted alone in pulling products. https://t.co/RDP1jjDmjh

Update: "The retailer confirmed to The Verge that it has not directed stores to remove them or halt sales. Instead, the company is removing signage, advertisements, and demos for some video games featuring violence and firearms." @nickstatt https://t.co/c7wkIDASgi

“@Walmart removes violent games but continues to sell GUNS despite mass shootings at stores.” Interesting the choices made for $$$ . https://t.co/rYsr1CYzAA

"Her legislation would also increase taxes on gun manufacturers, including raising taxes to 30 percent on guns and 50 percent on ammunition" - Buy it cheap, stack it deep. https://t.co/EmADw72X7l

"Elizabeth Warren calls for higher taxes, NRA investigation as part of gun control plan"
Typical. None of what she's proposing would have prevented any of the recent shootings, while "criminalizing" lawful businesses. And, her favorite - more taxes.https://t.co/QOuOGei3VX

This woman is such a disgusting pig. God protect our nation against such as she.https://t.co/SRMOTn0WTt