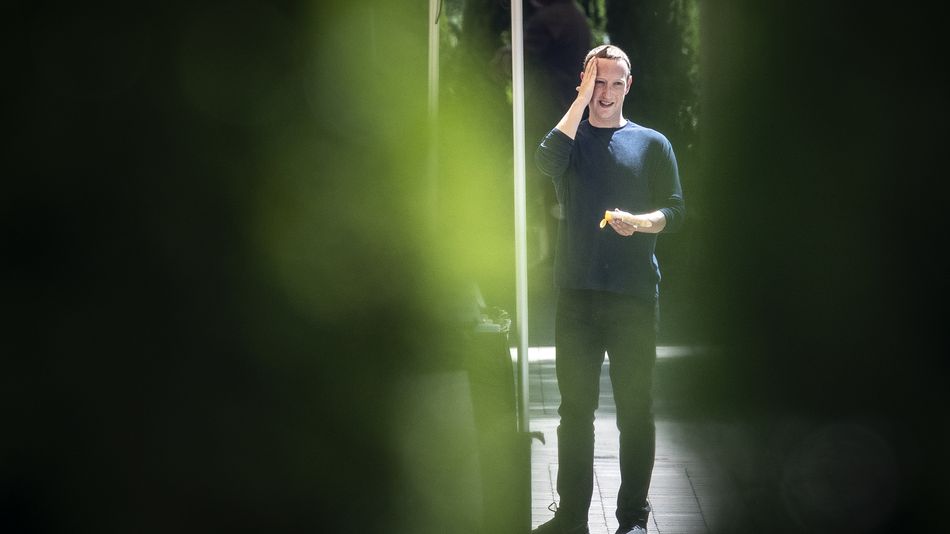 How the FTC let Mark Zuckerberg off the hook [mashable.com]

SCOOP: The feds considered a penalty against Facebook in the tens of billions of dollars, and elements that'd hold Zuck personally accountable. Much got scrapped in settlement talks, and FB may not have to admit guilt. My story on the 16-month probehttps://t.co/k7ltQucGmy

The FTC wanted to hold Zuck personally liable for the privacy debacle. Nice idea but wouldn't Facebook have just indemnified him? https://t.co/A3ug8Lp6CE

Blockbuster ⁦@TonyRomm⁩ report that highlights the plain fact that the government is outmatched by Facebook’s resources and can’t properly regulate it https://t.co/FDP738EfME pic.twitter.com/L4V0oBy1c1

Huge congrats to the FTC for considering taking meaningful action against Facebook and then not doing it and then offering excuses on background https://t.co/mWiX7Qdo6Q

If you wanted Americans to lose faith in the FTC to protect their privacy this is how you would do it. https://t.co/QPGCoC8PyY

“Company pays $5 billion fine but does not admit to doing anything wrong” is going to be one heck of a headline. https://t.co/9yiMmWGptK

SCOOP: Inside the FTC's 16-moth probe of Facebook. Lots of new details including:
--Fine coulda been in tens of billions
--FB lobbied to keep Zuck largely out of order
--FB may not have to admit guilt
--Resolution could be this wkhttps://t.co/k7ltQucGmy

The FTC is expected to announce its $5 billion settlement with Facebook this week. The deal would settle user-privacy claims and lead to creation of an "internal oversight board." https://t.co/8MMxED4uKW

“The $5 billion dollar penalty was still an all-time record for an FTC fine, but the agency’s privacy investigation could have resulted in a much harsher punishment for Facebook.”https://t.co/45F7cItD5c

Add to the list of violations the FTC has not looked at but @Facebook will get a "pass" on after the forthcoming settlement (tomorrow?)https://t.co/eMuhLn3Gzy

Scoop from ⁦@russellbrandom⁩ - a Facebook flaw failed to keep kids out of chats with random adults https://t.co/25XZ45Y19S

This is the one thing we didn’t want to happen https://t.co/I8iBffnyAV

Facebook’s Messenger Kids app is set up so children can’t talk to users who haven’t been approved by their parents. But a design flaw allowed “thousands” of users to enter group chats with unapproved strangers. Facebook is fixing it and notifying parents.https://t.co/ZinY258Eg3

How @Scaramucci converted 11 disastrous days in the White House into a surprisingly tolerable second act https://t.co/VZdIy4iuiC

#montgomerycollege welcomes a large number of visiting students from other colleges taking summer classes to reduce the time needed to pursue their degree. https://t.co/1HIM3VdM3y pic.twitter.com/QPZoKa68wC

This piece gives multiple examples (and is itself a perfect example) of how grifters and media are interlocked in mutually profitable relationship that weakens the one thing both claim to defend: US democracy. https://t.co/WmIzSizFTT

Great analysis here by https://t.co/ddPURjaJzg about Turkey’s ultimate betrayal of the US, Western century long unconditional support. It’s the right time to expel Turkey from the Western alliance and wishing it good luck with its new alliance with Moscow https://t.co/UId2zvCzF9

"In Washington, mobs of white men, led by soldiers and sailors who had recently returned from the Great War … began attacking people of color on Saturday, July 19. "@jeffersonmorley on DC's eruption of racist violence, #otd 100 years ago.https://t.co/RjEFof8P5k

NEW: Facebook/FTC ~$5B settlement expected as soon as this week: https://t.co/0oOE5OWxpv

Here’s ⁦@facebook⁩’s latest failure to protect privacy and security and to keep its promises - this time involving children. Note that they didn’t announce it publicly until confronted by the press. Why should anyone trust this company on anything? https://t.co/vL2wlcb4tO

Facebook Messenger for Kids, you had one job... https://t.co/fhlc1CNtkE

Facebook is now to the industry what Trump is to democracy. Another day, another incredible scandal... So much of them that we’re getting numb and don’t care anymore. https://t.co/aw47sIwlvx

Would love to know more about the history of housing values in Port Washington, where Scaramucci, described in this piece as the "working-class Italian American kid," grew up. /1 https://t.co/KPlEFoHDqc

The most interesting mayor you’ve never heard of https://t.co/UArqxEqjMs <-----In case you missed it. #Pete2020 #MayorPete