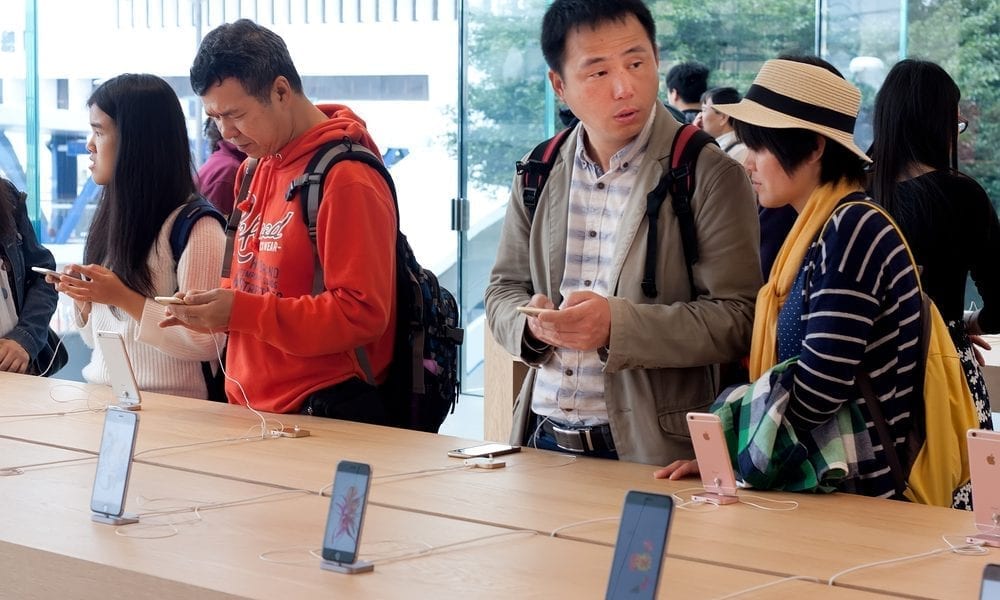 Today’s reminder that the privacy conversation, especially in Silicon Valley, is very different than it was 1+ yrs ago when Apple and Goldman started talking https://t.co/glciIJNt88 pic.twitter.com/oxFVqSx4gd

That’s one way to destroy your brand https://t.co/CsoEvlJKZt

Apple finally recognizing tech companies in China being important partners if they want to succeed in China ? https://t.co/pVoyoOMqIU

Your financial life is run through Apple is certainly one way to deepen your moat https://t.co/VDzbRv3UYu

Apple now teaming up with the most hated firm finance. The optics of this are so bad. https://t.co/XLfBQgM0ze

I think it was clear that Apple using existing banks/card providers was just a trial ballon, with a view to take the full market over.

Imagine getting a cut, even a super tiny one, on EVERY payment. Would make even iPhone small potatoes. https://t.co/PDcJVQBGbL

Fascinating partnership between @apple & GS. Looking for revenue through a digitally encompassing financial management platform in the iPhone garden. Wonder how that squares with the biz model. Could very easily become predatory. https://t.co/e0U0vMUX5b

Even Apple knows its iPhone is too expensive for many of its customers to pay for upfront. Now, it's offering two-year financing in China through Alipay. https://t.co/naIDDdSLkw

I think that it makes sense to have a digital currency for Apple customers, issued by Apple. Could facilitate P2P payments, commerce, and international trade for millions on day 1. https://t.co/2qsoBWMhDA

Sounds like a new Wallet app with built-in budgeting features/spending stats will be an iOS 13 announcement then? https://t.co/EDWuiu2gTM pic.twitter.com/nwziw19cik

Remember when people said Apple could essentially become a bank? Baby steps... Some of the features here will be exciting in America, but are easy to access via Monzo, Starling, N26 etc in Europe already. https://t.co/DTS6HSlR1W

"The companies hope to lure cardholders by offering them extra features on Apple’s Wallet app, which will let them set spending goals, track their rewards and manage their balances, the people said."

LOL ... "them" isn't referring to the customers.https://t.co/KPsT6aKjAs

Apple & Goldman Sachs are teaming up to offer a credit card paired with new iPhone features. This makes financial sense for both Apple & GS as long as enough customers sign up, which will be interesting to see given privacy (among other) concerns. https://t.co/NelOoqetem

Because the absolute best part of shopping anywhere these days is having the store credit card pushed on you at checkout. https://t.co/Q24bLqFooe

all large consumer brands are slowing heading towards fintech. big announcement in @WSJ about Apple & GS teaming up: https://t.co/URAvpZxxSH @rudegeair

Before Apple Pay launched, people worried it would disrupt MA/V. But it ended up just making it easier for people to use their MA/V cards. Now Apple is actually launching their own credit card and it’s a Mastercard. https://t.co/KY3jiF6QwD

So Apple wants interchange! How will other issuers respond? Does ApplePay have the adoption rate to give Apple leverage? (Ask PayPal about this.) These things can get very ugly very quickly....staying tuned via @trippmickle @lizrhoffman @rudegeair https://t.co/inYLHHbqSr

FinTech takeover continues. Not playing rewards game is a huge miss. Apple has an opp to offer such a unique rewards program through deep linking across its ecosystem + local offers/geo. If they refuse to play I think this works for debit, but not credithttps://t.co/zkb8469Fth

Because, you know, Goldman Sachs is totally about you. Well, screwing you, that is: https://t.co/Yo2dvOK5gg What's next? Resurrecting Lehman Brothers for the Stocks app branding? https://t.co/t5YdCPRcqX

I keep saying, Apple is heading toward banking. Given they want to include hardware as a service it makes sense. https://t.co/qiG69nyUXo