Facebook is suddenly paying dearly for big misses on shopping and video [mikeshields.substack.com] 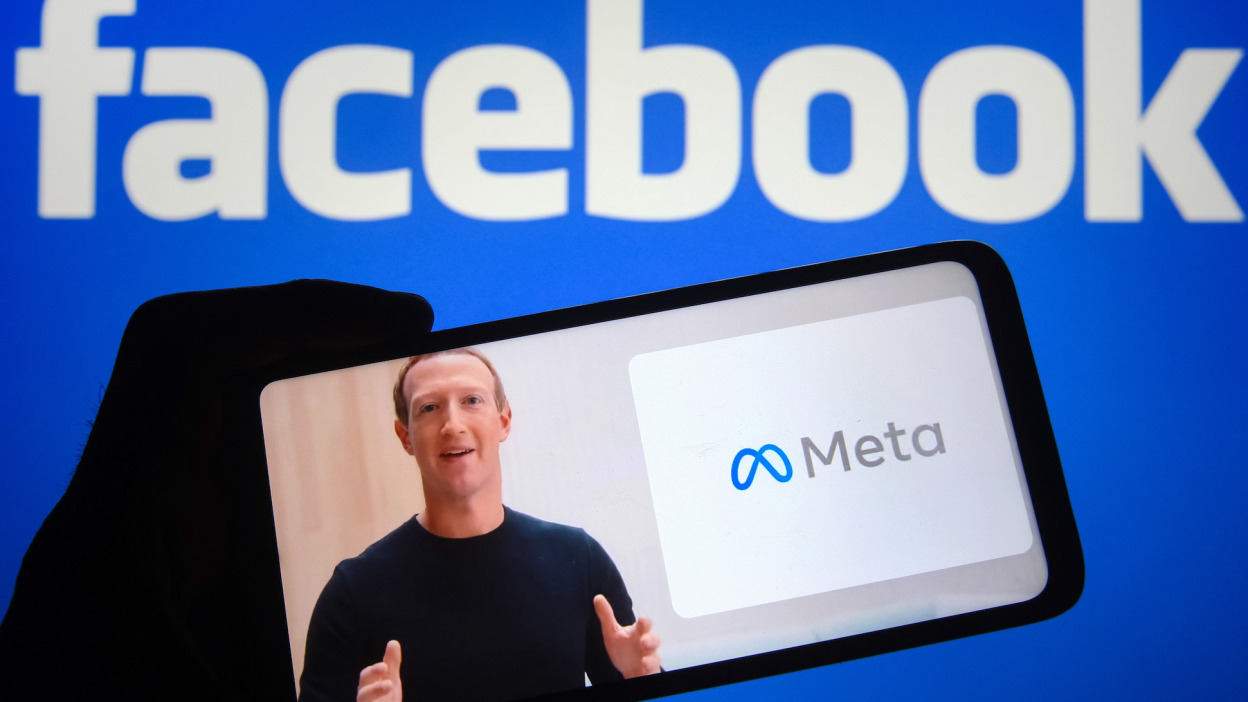 Facebook lost daily users for the first time ever. Should Zuckerberg care? [mashable.com]

ðŸ“‰ what a Meta mess [mesha.substack.com]

That's because Facebook copies everything Snap does and makes it slightly worse.

I thought everyone was joking about the Facebook pivot to video. https://t.co/nlTrICv3oe

Oh sick, they're gonna take out any media companies that survived FB's last push into video

There's one silver lining for #Meta in its dismal earnings report: It provides the company more ammunition against a pending government lawsuit https://t.co/gu6T9IJrVV via @damclaugh

Meta said in a release it is facing "increased competition for people's time."

It pointed out that one of its most popular features that is taking up user time - Reels, its TikTok clone - doesn't make a lot of money compared to News Feed or Stories

Good. I wish it were more.

I was personally told by a Facebook rep many years ago that ad sharing was "coming soon" and it would be "huge" and so I should get in on the ground floor and start building an audience. It was /years/ later that they finally started sharing revenue with video creators.

every product under zucc's belt does a different kind of work for meta as a whole, and that "work" isn't gonna apparent unless you're, again, mainlining this shit for months

Imagine working for FB, stock tanks, company is widely hated, its supposed mission proved a farce, and your red-eyed automaton of a leader appears and says, in this time of great challenge, focus on little videos. https://t.co/XRKA6SSpN6

I just want to be clear, Facebook has consistently been the worst platform at treating its creators like partners. Their communications and strategies have been manipulative or even deceptive.

In the last 24 hours, I somehow managed to piss off both my former Facebook colleagues and everyone who thinks Facebook is evil.

I know some people who make great money making from Facebook's revenue sharing now. But "moving fast and breaking things" has never been something they're interested in doing for anyone but themselves.

For creators, they move slow and break things.

NEW: Meta's collapse means it's inching pretty close to the threshold Congress set for companies covered in its antitrust bill.

But not so fast: the bill looks at average market cap over 2 years.

The "pivot to video" story is instructive in the context of how huge video subsequently turned out to be on social media, how fast video consumption grew on YouTube, FB, TikTok, IG, Twitch, the insane amounts of money made by video creators etc

“Zuckerberg appeared red-eyed and wore glasses, the person said. He said he might tear up because he’d scratched his eye -- not because of the topics up for discussion.”https://t.co/BBXB2UC1gt

NOT THE PIVOT TO VIDEO https://t.co/eDjXhEqFef

Mark Zuckerberg asked his Facebook (Meta) employees to focus on video products, after they watched the stock lose a quarter of its value today https://t.co/um3RADSJVx via @technology

Just a reminder, @Meta's stock is down 20% not because it lost billions on #XR, it is down 20% because @Apple's clampdown on ads and @TikTok's competition is affecting its bottom line enough for people to care. The plan was always to overspend on spatial computing. $FB

That moment you clarify you're not crying because of a stock drop in case your comments get leaked to the press. https://t.co/yZ1PossHXO

Probably unpopular take: FB’s stock drop is why they operate the way do. Investors are hooked on growth as a metric, the company gets slammed if they don’t put that ahead of everything else. Not saying it’s right, but I think it explains a lot of their choices.

230 billion is a gigantic hit, of course, but it attests to how enormous Meta/Facebook is. A similar loss would obliterate the entire market value of General Motors, Ford and Honda. Combined. https://t.co/4mxTdUPJBk

Pretty wild that, beyond the metaverse stuff, Facebook is losing *$10 billion* this year from a single iOS iPhone update that allows users to opt out of some trackers that are placed on apps. https://t.co/XLVkqXCW1H

FB’s stock finally crashed, drive by three things: competition (TikTok), loss of access to data (Apple ATT), and huge spending on virtual reality. Hard to see any of these issues going away soon. I went on @CNBC @SquawkStreet to talk about it. https://t.co/N6RmZCvplD

i'm taking a lil while between tweets bc i'm literally combing thru the docs to make sure i'm getting the details at least kind of right. and i think? i am—this is from an internal stories study in 2019 that puts some numbers to the phenomenon pic.twitter.com/cGIBMlvesa

Get in loser, we’re pivoting to video again https://t.co/UFf8FQ1DWn

Remember when they straight up lied in order to make the blatantly false claim that they were getting more video views than YouTube? This resulted in TONS of creators and small businesses going all-in on Facebook video. Many went out of business.https://t.co/dr9gZCCpK9

We view Facebook’s softness/disappointing quarter as an Apple IDFA gut punch that finally reared its impact in numbers along with TikTok competitive share gains. Apple’s iOS privacy changes have changed the game for ad targeting/Facebook. Bifurcation in tech earnings continues

"Zuckerberg appeared red-eyed and wore glasses, the person said. Employees were told he might tear up because he’d scratched his eye." https://t.co/u10OgfFcYD

Huh, the last time I heard something about pivoting to video, it was my job laying me and all the other writers off because Facebook gave out false metrics about video engagement. https://t.co/2pCHlASmeH

Meta, etc will have to pay users to overlook the fact that we are actually their top selling products. It’s going to cost a pretty penny to hang that curtain back up. https://t.co/HV3VnA70q5

Stories and also Reels, which is quickly becoming the main thing on Instagram and leaking into Facebook too. Feeds of vertical-swipe videos as far as the eye can see.

psyched to see this current strain of Metaverse nonsense go the way of the 3D TV. https://t.co/k6ddbqBMMg

Facebook pivoting to video is the kiss of death https://t.co/LXX7iiYHwh

Srsly tho. The kids are on another planet, never to return to FB and the olds just want to post grandkids pics and deny COVID. Meta was doomed to fail. https://t.co/RaqHvUANf8

It's almost like Meta sounds ridiculous or something. https://t.co/pnH3sybx95

Facebook has reached its “pivot to video” phase. https://t.co/V4VHDUC097

I am really happy if they maybe /maybe/ have woken up to the reality that they need to be an actual partner for creators in order for the content on their platform to be better. But I've been burned before, so I'm not holding out hope.

Biggest one day drop in personal wealth in history.https://t.co/OLABBzBWiR

The metaverse fixes this. You can’t cry in front of your employees if you are a cartoon avatar. https://t.co/lfJfhQsvEO

sorry this is so fucking funny man. like they set 10 billion dollars on fire creating the metaverse, everyone was like "damn that sounds like it sucks" and just tanked their stock price. lol. lmao. pic.twitter.com/8cVgLr8l0o

My latest for @WSJ: Facebook parent Meta is betting big on Reels as it looks to court younger users. But in TikTok it faces a heavyweight rival that is only getting stronger: https://t.co/NOctR6BTkN

At the company all hands meeting today, CEO Mark Zuckerberg appeared red eyed and wore glasses, and the Facebook staff were told in advance that he might tear up because he scratched his eye https://t.co/QNpnw05LUR pic.twitter.com/PNBLxwZuD8

I don’t think we need to shed any tears for FB, but has anybody done an analysis on what impacts this had on the businesses that rely on FB to reach customers? I would not be surprised if this has a measurable impact on new business formation.

Twitterverse should remember this is horrifying for the vast majority of Meta's employes, they have no influence in any of this.

This kind of movement rests with C-level; not even directors or VPs.

Or to put it bluntly: don't be a dick to Facebook employees. It's not them. https://t.co/rnu068YtNV

Facebook admits that it makes a huge amount of its money by violating our privacy and consent. Apple added a consent step and Facebook expects to lose $10bn in revenue in 2022. This should spur *more* effort; FB wants sympathy. https://t.co/QEOy3RYcq8

After having a better product for years, TikTok passed Instagram in total aggregate time spent globally a week or so ago (per App Annie). The average public market investor just realized the magnitude of this shift on Wednesday. Efficient markets.

More power to them if they pull it off. It’s a risky bet for sure, and they will deserve the credit if metaverse plays out.

“And this time we’re not going to fall for the banana in the tailpipe” https://t.co/RaqHvUANf8

Just because a company's stock price dropped precipitously or its products becomes obsolete doesn't mean that its past history just gets forgotten.

Yes, equity futures look ugly, but it could be worse.

You could be Mark Zuckerberg, staring down an instantaneous $24 billion decline in wealth because of Meta earnings.

In the past, Wall Street has for the most part given Zuckerberg, Sandberg and co. the benefit of the doubt on big business decisions when they say "trust me, we got this"

today, however, faith is in short supply https://t.co/rSUMFKR0Ed

okay so—since i've spent some time shotgunning abt half a decades worth of convos from inside this company, i've mutated this weird 6th sense that lets me kinda sorta understand mark's batshit announcements

Mark Zuckerberg, he who has done so much damage to democracies around the world, lost 24 billion dollars from his personal wealth when Wall Street opened today. FB’s stock collapsed 26% - the biggest drop ever.

Because of limited visibility into ad performance due to Apple's privacy update, many companies moved to search ad placement (Google search) instead of FB ads.

I wonder what's going to happen when investors realize the "metaverse" isn't the future, but a collection of balkanized Wii knockoffs and, in order to access it, you have to wear a gigantic, proprietary headset that disappears your furniture, dog, and baby. https://t.co/jEq30aCdWE

Is it wrong to feel this much joy that Facebook/Meta is about to make history for the largest one-day drop in market cap for a U.S. stock? ?

Zuckerberg is addressing employees right now. Said he may tear up -- but it's because he scratched his eye, not because of what they're talking about https://t.co/FJUeSEYK32 by @NaomiNixWrites

mobs, like individuals, take a while to change their minds, but when they do... https://t.co/JlfsF5Npk4

While Meta crashing this fast is hilarious, I think it's also worth noting that Facebook focusing on video to recover is one hell of a choice given Facebook already got caught out lying about video metrics in the Pivot To Video scandal a few years ago.https://t.co/OIX7dnfdnd

Rise of Web3: Metaverse tokens surge as Meta’s share price plunges Decentralized Metaverse tokens have made steady gains this week, despite a dump in the... - https://t.co/nh2F2JTrrp #nfts #nftcollector pic.twitter.com/GQfsvyzxgE

Another yet reason for @TokenplaceTOK … when everyone was just stuck on one #Bitcoin … the universe is vibrant and diverse! #Rise of #Web3: #Metaverse #tokens surge as Meta’s share price plunges https://t.co/HBBHmMMnnh via @cointelegraph @TokenplaceTOK

All of the "savviest marketers," have started ditching Facebook for advertising, he said

An explainer on why Apple's privacy changes have relatively little effect on Snap, Twitter and Pinterest, but helped knock off over $200 billion of Meta's market caphttps://t.co/ri82zaAPV1

Zoomers are killing Facebook, and I thank them for their service https://t.co/oIek9tNSTU

Competition in tech eventually takes care of itself.... Facebook down massively, Snapchat up. Thousands of FB employees will now have restricted stock grants under water and think about leaving.... https://t.co/FzA4DFGXG0

Fortunately he created an alternative reality for himself. ?

What a shame. Couldn’t happen to a nicer organisation, etc. https://t.co/JbrAjigdKf

This is what happens when you peddle hate for profithttps://t.co/Pa9G6ngjjC