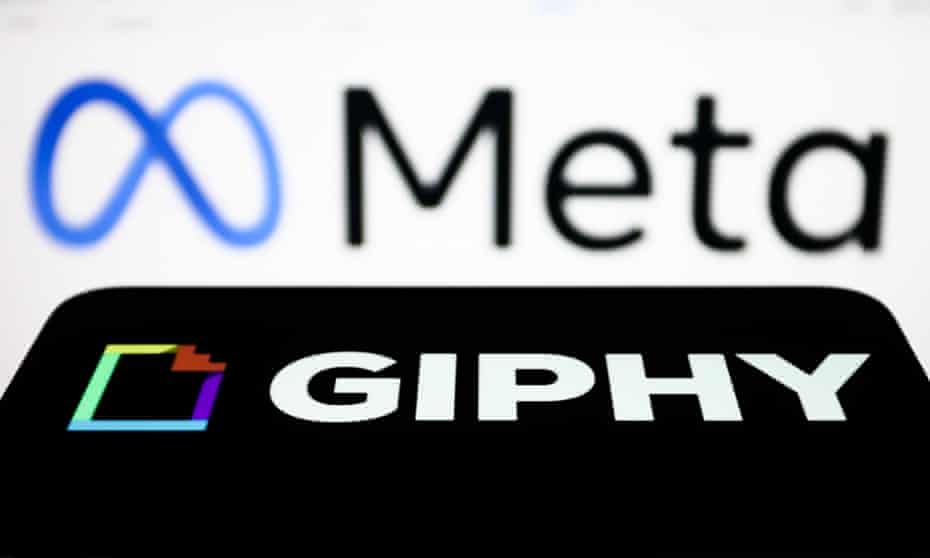 Facebook-Giphy deal set to be blocked by UK regulator [economictimes.indiatimes.com]

Meta's acquisition of giphy may be blocked, and the British antitrust authority will overturn the transaction [equalocean.com]

Thread on Facebook/Giphy being blocked from the provisional findings.

Today's final report still includes the funny idea that Giphy's ad business is particularly promising because GIFs loop, meaning that "the ad might be seen by users a number of times" 😆 https://t.co/I9mXPFEezj

The first could be remedied by just requiring FB to keep Giphy accessible by competitors.

That would also be a mistake IMO: losing Giphy isn't going to kill Twitter, Snapchat, etc, and if FB closes their access to Giphy, there's little stopping a replacement from popping up.

Facebook will also be required to reinstate the innovative advertising services that Giphy offered before the merger.
Read more: https://t.co/WPn3QbI1OQ#DigitalAdvertising

Interesting decision by the CMA here, ahead of the big Nvidia ruling. It means the UK regulator has decided a US company must sell the US company it acquired. Meta says it’s “reviewing the decision and considering all options, including appeal.” https://t.co/Rf4Do3Do5S

When we first broke news of this deal, we noted that regulators were gonna take a good, hard look at it.

Not at the tippy-top of my personal antitrust to-do list, but okay https://t.co/7M4QKuq2aw

A big, bold move from the @CMAgovUK today. On @CommonsBEIS we’re looking at post Brexit competition policy and the role of the Digital Markets Unit. Will be interesting to see how this runs 👇 https://t.co/x3xUPYlEmB

The UK competition regulator has demanded that Facebook sells Giphy as the acquisition has been deemed anti-competitive.

This is a bold precedent not yet applied to a tech giant, let alone a US company's acquisition of another US company. Will they listen? https://t.co/OSc26VNVRp

Sky News understands that Meta will appeal the decision, although the formal process not yet begun.

It has four weeks to do so and the appeal would first go to a CMA tribunal. After that Meta could potentially challenge that ruling in the UK courts, but only on points of law. https://t.co/CXz0At4lGJ

This is what I don't understand. Giphy might dominate access to GIFs right now, but a decent rival could easily spin up if the need was there. GIFs aren't proprietary tech. https://t.co/yeGR54oxqX

The second is, as I say in the previous thread, an argument that "proves too much". The CMA wants to have it both ways: Facebook is both a monopolist that doesn't compete with, eg, Google display ads, but ALSO thinks that Giphy would be a serious competitor of FB's if given time.

Maybe this is a dumb question but I don’t fully understand how a British regulator can compel an American company to do this. If (for example) the US and EU said it was fine, what recourse would Britain have? https://t.co/AzHyvHvLCQ

Suspect this might prove to be overreach on the CMA's part. Be interesting to watch. https://t.co/tHnwpUfJiJ

I feel sorry for the British #unicorns which were founded on the assumption of being "bought out" as an exit strategy, rather than expecting to have to deliver customer value over the long-term.

Now they have to face the giants competing against *them*.https://t.co/i4tiaTXcA1

Basically, there are two theories of harm. One is that FB buying Giphy would deprive sites like Twitter of access to its GIF library; the other is that someday Giphy might be a competitor of FB's in digital ads (thanks to those innovating looping ads). Both seem pretty weak, IMO.

"By requiring Facebook to sell Giphy, we are protecting millions of social media users and promoting competition and innovation in digital advertising," says the CMA.

Facebook's owner Meta has been issued a legally binding order from the Competition and Markets Authority ordering it to sell the GIF library Giphy after an investigation found the takeover "could harm social media users and UK advertisers".https://t.co/qJmnbvbgag

Wowser. Especially as neither is a UK-based company and this is based on speculation about their future actions. https://t.co/EEBCLmWoa9

I feel bad for Giphy & don’t necessarily think this should have been blocked.

The missing piece of the story here is Google’s self-preferencing in GIF search caused an instant drop in Giphy traffic and value. Failure to curb this behavior led to it being sold for a song to FB. https://t.co/G7kmEDzIYX

I would guess that Facebook rushing to complete this merger before it could be “blocked” is why it will now have to go through a lot more work to undo it https://t.co/ZBfqzlk1H1