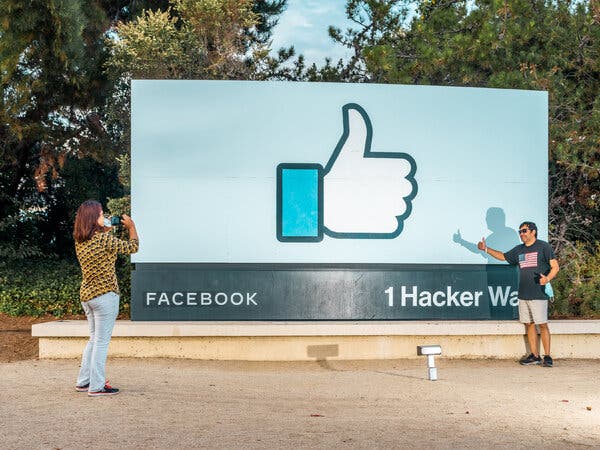 All Facebook sites and services vanish from the Internet [www.itnews.com.au]

Facebook's bad day keeps getting worse, now its domain is up for grabs [www.inputmag.com]

Oculus Went Down As Facebook Disappeared From The Internet [uploadvr.com]

Mark Zuckerberg has concluded his research into rating every woman on Earth and has now shut down Facebook. Thank you all for your cooperation.

People making jokes about the Facebook services going down make me sick. Anyone who was using an Oculus headset at the time is currently trapped in VR, and if they die there then they die in real life.

Facebook’s down but Oculus apps that are downloaded load up. AltspaceVR is fine

This one looks like a pretty epic configuration error, Facebook basically don't exist on the internet right now.

Even their authoritative name server ranges have been BGP withdrawn.

Instagram and friends are having a little bit of a hard time right now, and you may be having issues using them. Bear with us, we’re on it! #instagramdown

Facebook, WhatsApp, and Instagram all going down at the same time sure seems like an easily-understandable and publicly-popular example of why breaking up a certain monopoly into at least three pieces might not be a bad idea.

Somebody should tell Elizabeth Warren.

Based on the Q2 earnings for Facebook, about $26M worth of ads would have run on Facebook during the two hours it's been down so far.

If emailing someone at Facebook they will still likely get your email albeit delayed. Your email server will be queuing the email with a temporary failure and retry over the course of the next day. SMTP is still pretty good protocol for asynchronous communication.

From the inbox: People are apparently betting on when the Facebook and WhatsApp outage will be resolved. That's a first! pic.twitter.com/9gRysaDkTI

I mean in the plus side, tremendous amounts of disinformation aren’t being amplified right now

In observance of Facebook being down, let’s all share our favorite stories of democracy working in hopeful ways and coolest evidence-based reporting. Bonus points for uplifting others in comments ?⬇️

Someone on the Facebook recovery effort has explained that a routine BGP update went wrong, which in turn locked out those with remote access who could reverse the mistake. Those who do have physical access do not have authorization on the servers. Catch-22.

If this doesn't turn out to be a disgruntled employee that watched 60 Minutes last night I'll be disappointed https://t.co/THCHhgyM1y

i deleted my joke about someone forgetting to renew instagram dot com - turns out https://t.co/R8GyAZRFjV

Has anyone calculated how many ad $$$ Facebook is losing out on every second its down?

So, someone deleted large sections of the routing....that doesn't mean Facebook is just down, from the looks of it....that means Facebook is GONE. pic.twitter.com/OCZWPD2okw

woah that was quick pic.twitter.com/xt9IWCip5j

Confirmed: The DNS records that tell systems how to find https://t.co/qHzVq2Mr4E or https://t.co/JoIPxXI9GI got withdrawn this morning from the global routing tables. Can you imagine working at FB right now, when your email no longer works & all your internal FB-based tools fail?

Facebook’s apps are basically THE way you access the internet/communicate in a lot of big countries. Wild to see an extended outage at this scale. https://t.co/2a0wdV7Euq

Instagram and Facebook are currently not working, as are democracy, society and a healthy sense of self.

Between 15:50 UTC and 15:52 UTC Facebook and related properties disappeared from the Internet in a flurry of BGP updates. This is what it looked like to @Cloudflare. pic.twitter.com/PFw5FR2W5j

Facebook-owned Whatsapp being down is a reminder that you and your friends should probably be using a more private, non-profit alternative like @Signalapp anyway (or another open-source app of your choice).

It's just as free, and takes like 30 seconds to switch.#facebookdown

Me after switching between my wifi and data only to realise that instagram and facebook are down #instagramdown pic.twitter.com/QOC3ZCqBni

mark zuckerberg just texted me on signal, said facebook took everything down so that all the news stories this week would be about downtime and not the whistleblower on 60 minutes. boy genius

Facebook experiencing a global blackout for all external and internal services at the DNS level is extremely bizarre and bad https://t.co/f0izVinLio

Facebook internal memo: "We are receiving reports that several FB services are down (Internal Tools, Workchat, Workplace, Workplace Rooms, FB, IG, WhatsApp, etc.). This appears to be a DNS issue that is impacting both internal and external access to our tools and apps"

We’re aware that some people are having trouble accessing our apps and products. We’re working to get things back to normal as quickly as possible, and we apologize for any inconvenience.

Was just on phone with someone who works for FB who described employees unable to enter buildings this morning to begin to evaluate extent of outage because their badges weren’t working to access doors.

if you hate us so much see how long you can do without us, you’ll be out of your minds by weds

After Facebook gets network back up I expect a long period of instability. Rebooting a distributed system of this size is hard. They will have cold caches and systems that need other systems to bootstrap. #hugops

Might explain why people are perceiving problems with other sites. https://t.co/myBFzKZK7t

What do we do now? Gmail?

Like the Taliban, all he had to do was wait. pic.twitter.com/D3GftQVC3s

we’ve traveled back in time to 2010 and Facebook is downhttps://t.co/nb06SFdmR3

Facebook and Instagram go mysteriously offline and, for one shining day, the world becomes a healthier place. #facebookdown

The repercussions of WhatsApp being down in The Rest Of The World are vast and devastating. It's like the equivalent of your phone and the phones of all of your loved ones being turned off without warning. The app essentially functions as an unregulated utility.

We’re aware that some people are having trouble accessing Facebook app. We’re working to get things back to normal as quickly as possible, and we apologize for any inconvenience.

The outage is also affecting some services that offer Facbeook login, including Pokémon GO: https://t.co/QJDCMizln0

Facebook and Instagram being down is a good opportunity for you to reacquaint yourself with your soul.

Haha, I misread this…Facebook apps go dark in widespread OUTRAGE…
close but not quite.??
The outrage is on a rampage. FB can stay in the dark IMHO.

Misinformation has no place on such a popular and influential platform. #wtpBLUE #DemVoice1 #ONEV1 https://t.co/oUDy8AvrWM

We're excited that Verica Sr. Research Analyst, @courtneynash is quoted in the @washingtonpost story on the #facebookoutage concerning the growth and complexity of modern software. https://t.co/OZqo0eCXlt

5 hours in, @NYTimes reports the root cause of the global outage for @facebook apps remains unclear. Members of FB’s security team “said it was unlikely that a cyberattack had taken place because one hack was unlikely to affect so many apps at once.” https://t.co/xNz5oKdYcZ pic.twitter.com/W4nNTTCcs8

The Facebook outage is so bad that the company is sending engineers to data centers to fix it.. could be awhile! https://t.co/DBgBumkkbO

"The cause of the outage remained unclear. Several hours into the incident, Facebook’s security experts were still trying to identify the root issue, according to an internal memo and employees briefed on the matter."https://t.co/ONltqwpHPW

"Facebook’s global security operations center determined the outage was “a HIGH risk to the People, MODERATE risk to Assets and a HIGH risk to the Reputation of Facebook,” the company memo said."https://t.co/ONltqwpHPW

BREAKING: Facebook and some of its apps, including Instagram and WhatsApp, appeared to go down for many users, who turned to Twitter and other social media platforms to lament the outage, report @MikeIsaac @sheeraf.

Facebook, Instagram and WhatsApp faced massive issues late Monday evening, according to https://t.co/qtp4PqV5xh, with thousands of users of these platforms reporting issues from around 9 pm #FaceBookDown #WhatsappDown#InstagramDown https://t.co/y8rAhFa6nj

Since we're all gathered here today and everyone's watching #SquidGame, choose one player to bring back.

Correction: it’s not always DNS, it was BGP. https://t.co/iOIfL7RaZn

Facebook apps began to slowly recover from a prolonged, global outage on Monday evening, though problems still persisted for many users. https://t.co/4L5zPTpOUK

It’s wild that we all agree that we would be better off if we never logged back on, but will be back by the end of the evening. https://t.co/wMqc2MvG3L

have u heard that facebook is down? here is my story with worldwide details https://t.co/HJeopA72Wd

Facebook still isn’t saying what caused it to disappear but it’s “unlikely” to be malicious. However, it’s nearly unheard of to have such a large company go down for so long. “This is massive. It’s completely dead.” By @rachelerman https://t.co/jHDVGc2YrD

"Two Facebook security team members, who spoke on condition of anonymity because they were not authorized to speak publicly, said it was unlikely that a cyberattack caused the issues." @nytimes https://t.co/9LhGJcyXH6

Dear @nytimes: No, Facebook is not synonymous with the internet in India. ?

"A small team of employees was soon dispatched to Facebook’s Santa Clara data center to try a “manual reset” of the company’s servers, according to an internal memo."https://t.co/qcMZ1Y9mAU

From the NYT re the Facebook outage. JFC. https://t.co/UeZS1O5v9g pic.twitter.com/5soOKVMANa

"Two Facebook security team members, who spoke on condition of anonymity because they were not authorized to speak publicly, said it was unlikely that a cyberattack caused the issues" https://t.co/MS1wnXbahW

Ask us again why we chose to build on the Internet Computer ?

Even Facebook staff were “unable to access buildings & conference rooms due to their digital badges not working.” Finally, a team was dispatched to “manually reset the servers at Santa Clara Data Center”

The cause still unclear after several hours of outage https://t.co/FthKT6rDBo