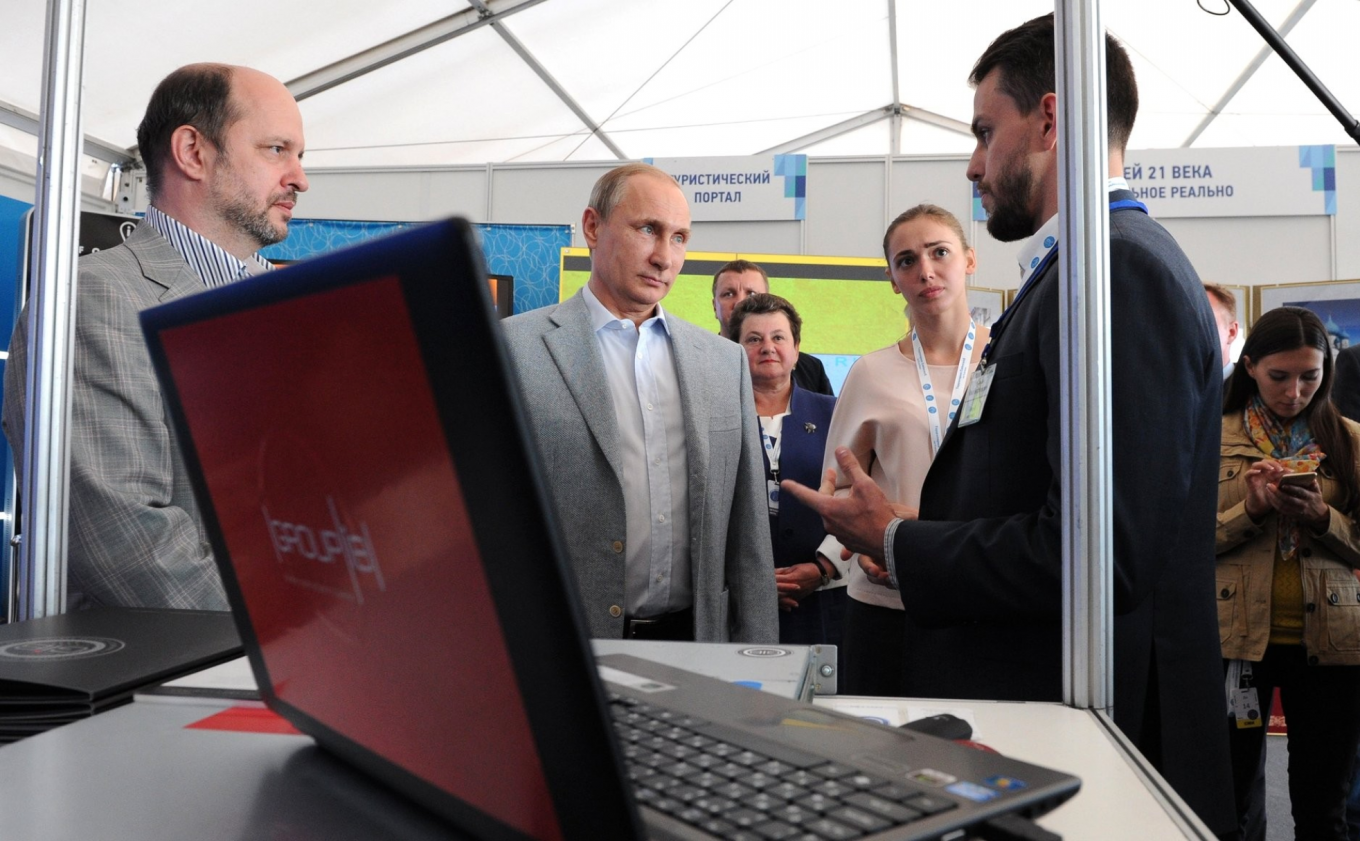 Group-IB CEO Ilya Sachkov is a member of expert committees under the State Duma, the Ministry of Foreign Affairs, the Council of Europe and the OSCE in the field of cybercrime, has repeatedly participated in meetings of President Vladimir Putin. https://t.co/UrOWlPLLuc

In a new press release, Group-IB confirmed its CEO's arrest, said it was confident of his innocence, and announced that the company’s chief technical officer Dmitry Volkov will take over leadership duties for the the time beinghttps://t.co/A0bVdF8MY9

This is a pretty shocking development and not quite sure just yet what’s behind it. Will be interesting to see the cascading effects on Group-IB’s global operations. https://t.co/klnUTrqWOA

Police reportedly raided cybersecurity firm Group-IB’s Moscow headquarters and arrested CEO Ilya Sachkov in connection with a felony case. As recently as July 2020, he was breaking bread with Mishustin. https://t.co/wGo4BYghZv

I consider Ilya Sachkov from @GroupIB a showcase of the Russ IT industry. I often asked for comments, told students about him, and even thought that if I left Kommersant, I would send my resume to his company. Treason is a terrible accusation. In RU such charges usualy mean jail

New - Group-IB says it is confident CEO Ilya Sachkov is innocent after he was arrested and charged with treason.

Sachkov has previously been awarded by Russia, pictured with Putin, helped Interpol on major cybercrime cases and had plans to go public...https://t.co/crhM0AFE8D

the case MAY be related to the testimony that a Group IB executive gave in 2014 to the FBI, regarding the investigation into a hacker named Yevgeny Nikulin. Backstory here: https://t.co/E9otDx6ujb

Per TASS reporters, the treason charges are related to Sachkov sharing info with foreign intelligence services, as several people have theorized earlier today.https://t.co/km3FBEEmnY

Sachkov made some controversial statements back in a 2020 Bloomberg piece pic.twitter.com/B3eBFmqhOa

.@GroupIB confirms that Russian law enforcement raided/searched its Moscow offices. "the reason for the search was not yet clear." (nothing about reports that CEO Ilya Sachkov was detained) pic.twitter.com/BBvIq9j5x0

-the company's Moscow offices were also raided on Tuesday, the company confirmed
-the Group-IB CEO will be detained for 2 months, until November 27, 2021https://t.co/nPZWQLGCrO pic.twitter.com/yonqUKpaMs

Reminder: Group IB's head of network security, Nikita Kislitsin, is under indictment in the US for allegedly conspiring to sell hacked data before his time at the company. https://t.co/oTTs6exrSH

Sachkov is the poster boy for Russia's homegrown cybersecurity talent. Built his own business, showing you can be elite but independent. And then he's hit with treason charges based on secret evidence. Massive story https://t.co/7RIVLaazkp

He’s also a Forbes 30 Under 30 alum and cofounder at an 18-year-old company that’s made a big name for itself over the last two decades.

This is a big, big deal. https://t.co/CwNfiaPvuB

This is a guy who has met and been photoed with Putin on a number of ocassions, fyi... https://t.co/GlL1Pdwy5K

Ilya Sachkov, 35, who founded Group IB, one of Russia's most prominent cyber security firms, was arrested on Tuesdayhttps://t.co/7ToZgHjZL3

One of those news stories that seems like a huge deal, yet we have no idea what's actually happening. https://t.co/67gYp1XoJc

Well this is sexy. No matter who the foreign powers, this is going to get very interesting. https://t.co/uz2dXGkKMj

Sachkov is the poster boy for Russia's homegrown cybersecurity talent. Built his own business, showing you can be elite but independent. And then he's hit with treason charges based on secret evidence. Massive story https://t.co/7RIVLaazkp