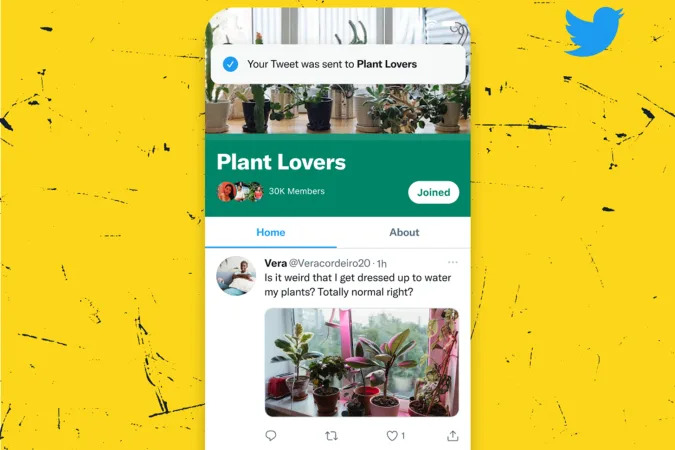 Basically, Twitter is launching discussion groups. It's somewhat akin to Facebook groups, except without all the High School Alumni Groups https://t.co/CqQFBYXET2

A new way to join, start, and find the discussions around the communities you care about.

imagine an alternate timeline where everyone just gets you

say hi to Communities—the place to connect with people who Tweet like you. testing now on iOS and web, Android soon! pic.twitter.com/TJdKwUa4D2

Pleased to announce that @farokh @not_katarina @hunterorrell and I will be moderating an NFT Community on Twitter’s new @JoinCommunities test feature. Chatting now in Spaces if you want to learn more. https://t.co/5pLhbCRh4u

This has the potential to be a big hit for twitter

But it will change the fundamental dynamics of how twitter works

Tweets are no longer just public or private or deleted.

You have super follower only tweets (subscription), community only tweets, and maybe more to come. 1/2 https://t.co/0JELidKv0x

today we're rolling out our first public testing of Communities, which gives people a place to have more focused conversations with people who share the same interests.

Communities introduces a two very key mechanics that I think are worth touching on: https://t.co/ymGk2WjQmn

Consider how this might integrate with @TwitterSpaces and there's a lot of potential here.https://t.co/1LzO1Yb36h via @Verge

Smart idea IMO to experiment with devolving some moderation power to users and restoring some of the context that the main Twitter feed collapses. https://t.co/9Z0KBds9Kx

They really are just trying to turn this site into Reddit 2 lmao https://t.co/8bw8bzwWn2