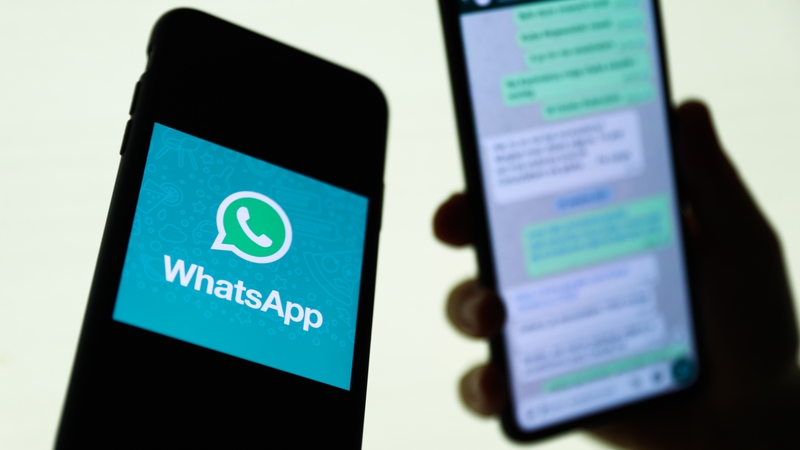 If google and facebook outright colluded on Jedi Blue, which seems to be what happened according to what’s public about the agreement, the DOJ doesn’t have to prove the agreement affected competition at all. If it happened, people go to prison. https://t.co/L9BEzFnrYA

GDPR was considered a game-changing new privacy law. Facebook has at least fourteen major investigations and each could technically result in a fine in the billions. This all leads back to why antitrust enforcement integrated with privacy and data enforcement is so important.

Ireland stepping up and enforcing EU law on #WhatsApp for not complying with #GDPR.

To ensure users’ trust in #data, we need to be more bold and swift in enforcing the laws we have in place.https://t.co/s2dIyKflGm

Reminder: Ireland originally asked for 50m euro fine. Other watchdogs overruled them and quadrupled the fine. I'm no lawyer, but that's either a hit to the one-stop-shop mechanism or a win for EU-wide #privacy rules https://t.co/Yz7SiDNou0

OK, so we now know who objected to Ireland's provisional settlement: the Germans, the French, the Italians, the Polish, the Portuguese, the Hungarians and the Dutch.

That makes for an awkward conversation

Finally (!!!) @DPCIreland issued a first fine more than 3 years after the #GDPR applied, in light of tenthousands of complaints per year and after the @EU_EDPB forced them to have make the fine 4.5-fold..

Facebook/WhatsApp will now use the Irish legal..https://t.co/D5zsBO8ozm

This is an incredibly important letter from @ewarren, @SenBlumenthal, and @RepJayapal. TX AG case alleges price fixing between Google and FB in digital advertising. Feds should file a felony case. Standard penalty in a fed felony case is 3+ yrs in prison for key executives. https://t.co/cklMiCgztV

So Facebook’s first GDPR fine (WhatsApp) just announced. Yes, about $265 million which everyone will point out is one day of revenue for the company and guaranteed to be appealed. It also required significant pressure from rest of EU to get Ireland to move.

Here's what happened. Europe's other #privacy regulators said Ireland hadn't done a good enough job. They added additional reasons about @whatsapp falling foul of Europe's #privacy rules and -- importantly -- they added this in terms of size of fine. pic.twitter.com/6QdGk5Vd0U

While it sound big, the fine is a pittance for Facebook and of course, the company is going to appeal, meaning this will be dragged through the courts for years…. https://t.co/yiitXCAfYU

BREAKING: The Irish Data Protection Commission has imposed a €225m fine on WhatsApp for infringing data protection rules. It’s the second largest fine ever imposed in the EU under the GDPR and the largest ever imposed by the DPC.

The fine is for failing to sufficiently inform users and nonusers about what it does with their data. Now WhatsApp will have to update its privacy policies and how it informs users about its use of their information.

Things getting hot for duopoly. Thx to Google’s high-priced lawyers who messed up their filing, we know contract was signed by Facebook’s Sheryl Sandberg and Google’s Philipp Schindler. If confirmed as a violation, the Justice Department can file criminal charges for this one. https://t.co/dCvisx5J8t

for those unhappy about Facebook's first (likely of many) GDPR fine only being $265 million, you'll note the stock market is up but Facebook has lost $15 billion in market cap this morning. So that seems to be not nothing.

Breaking: @DPCIreland fines WhatsApp €225 million under the GDPR -- the second-largest fine under the law so far. It's a sign (along with the Amazon fine from July) of stepped up GDPR enforcement.https://t.co/bR6H0G3drn

For me, this is most important part: Europe’s network of privacy regulators ordered Ireland to reassess and increase its proposed fine after objections to the original penalty from eight other EU regulators.

WhatsApp says it will appeal. “We disagree with the decision today regarding the transparency we provided to people in 2018 and the penalties are entirely disproportionate,” a spokesman said.

"It’s been a long time coming but Facebook is finally feeling some heat from Europe’s much trumpeted data protection regime" https://t.co/33NeoRD25l pic.twitter.com/ZaoxaNkHEi

Wow, the @DPCIreland has announced a fine of €225 million against WhatsApp for #GDPR transparency breach and on top of that ordered it to "to bring it data processing into compliance by taking a range of specified remedial actions."https://t.co/cGy8F0cbaF

WhatsApp Ireland hit with record fine of €225m by DPC via @RTENews https://t.co/d7ouqGoDlo

Other GDPR enforcers rightly objected to the DPC's planned WhatsApp fine, and issued a binding EDPB that forced the DPC to increase that fine to €225 million.https://t.co/okZ87ka9hc pic.twitter.com/lHJfOsxtq1

After almost 3 years, the @DPCIreland has finally adopted its decision against WhatsApp and imposed a fine of €225 million!
The investigation was mainly focusing on GDPR transparency obligations (notably the information provided to users and non-users).https://t.co/mg85jLg0ac https://t.co/Lw0KYzR7v0