Bezos, Musk and other billionaires pay next to nothing in income taxes, report says [www.cnet.com] 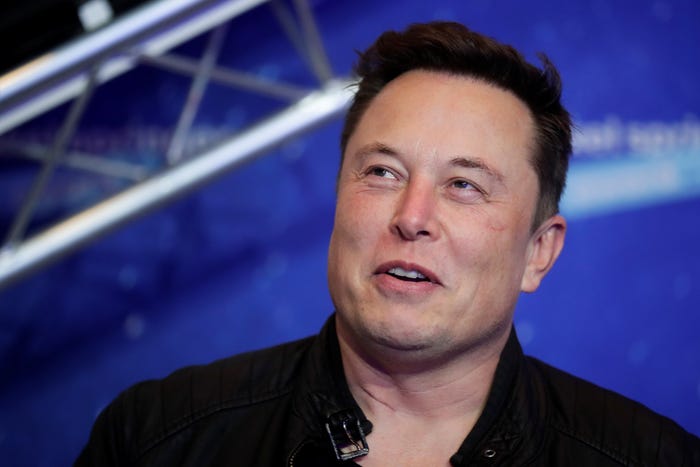 Why We Are Publishing the Tax Secrets of the .001% [www.propublica.org]

How We Calculated the True Tax Rates of the Wealthiest [www.propublica.org]

C'mon now, you can't expect decabillionaires to pay more/any taxes: they'll up and leave the country and then who will create jobs and fund Super PACs?! https://t.co/NwatJA93gd

The most exciting thing is wondering who gave them the information, and how long that person will spend in jail when they're caught, as I suspect they will be.

haha sick, we are telling refugees not to come into the country and going into debt for basic health care, meanwhile jeff bezos is paying no taxes and going on vacation to the literal moon https://t.co/Oh8QkVC5gX

This is just a supremely ironic statement from a man who owns one of the world's largest news orgs.

Bloomberg's distaste for personal scrutiny also reminds me of why he's nowhere to be found on Bloomberg News' own billionaires index. He doesn't allow it: https://t.co/BnRY9l9ZWr pic.twitter.com/OLyHYop3hf

BREAKING: This morning @propublica has what I consider the most important story we have ever published.
It concerns a trove of secret IRS files we were given on the tax returns of the nation’s richest people. The findings are extraordinary.https://t.co/8aS94eaMj4

I’m not sure it was worth whoever leaked this info going to prison in order to reveal mainly that you don’t pay capital gains taxes on stocks until you sell them. https://t.co/8qgMGihjaY

New: We are disclosing the tax details of the richest Americans because we believe the public interest in an informed debate outweighs privacy considerations.https://t.co/s67JpUbbnZ

The 25 richest Americans are collectively worth $1.1 trillion. It takes 14.3 million average wage earners to tally the same wealth. The average earner group paid literally 70 times as much in income taxes in 2018 as the 25.

If so, I see two possibilities:

1) The IRS was hacked, which would be a huge scandal, and make you wonder just how many tax returns the hackers have.

2) Employee, which would make you wonder just how bad IRS IT security is, and how good the employee was at covering their tracks

The origin of The Tax Files: Someone sent ProPublica "the private tax data of some of our nation's richest citizens." The publication doesn't know the identity of the source. "We did not solicit the info." Here's the editor's note about why it's newsworthy https://t.co/HL2Dl1B1Sh

Is there any country in the world where unrealized capital gains are taxed as income? Why encumber a fantastic scoop with this bizarre framing? https://t.co/3aBR7ARsu6 pic.twitter.com/zmsTkzwZ9A

"True tax rate" wtf, nobody was ever taxed on their net change in wealth.

Would you ask the IRS to collect billions when their wealth grew, and return them when it shrank?

That'll make accountants rich, but nobody else.

And panama papers. Another example of tax information illegally obtained and published that was nevertheless extremely newsworthy.

Do you get a refund? Or should you just be taxed on selling not owning stock?

I'm all for calling out billionaires who don't pay taxes, but the reasoning here seems flawed at best? https://t.co/GEj7ttuV9z

Everything these guys did was perfectly legal.

But that’s exactly the problem. https://t.co/kWce4nIKe1

will never be over the fact that people who do labor get a fucking 40 percent tax rate while people who make money in their sleep because they already have money to do it with are taxed half that pic.twitter.com/NzBnAJE1MZ

This isn't a case where you could have gotten one person's partial records from an accountant or a disgruntled ex-spouse. Practically speaking, unless all the billionaires have the same tax attorney, I suspect the only place the data could have come from is the IRS itself.

Tax stories can cause people's eyes to glaze over, which is why ProPublica's real feat isn't just getting and reporting out the data (which, wow) but explaining it in terms that everyone can understand. Just an incredible accomplishment. https://t.co/7lcFWLvbAW

and this is why the fantasy of “just tax the uber wealthy” is just that. They have the accountants, lawyers, and lobbyists on their side. Build broad-based middle class wealth and lift people from poverty, tax that (fairly)! Don’t fixate on the edge cases, grow the middle https://t.co/fdrxG4mxlf

For its great report on how the richest Americans pay no taxes, @propublica admits they have no idea who their anonymous source is who provided these tax docs - could be foreign actors, a criminal, anyone. But they're publishing anyway: and they should.https://t.co/fii8Or1geb pic.twitter.com/RMqeiHzcTm

Also worth noting perhaps that Bloomberg also did reporting on Trump's taxes, which (SFAICT) were illegally obtained by whomever gave them to NYT, even if they were obviously newsworthy.

Literally describing how income tax works as a “tax avoidance strategy” is a great example of narrative over facts. pic.twitter.com/8vs8u2RPvs

Also it helps to have gems like this pic.twitter.com/FSZVge4l4C

Turns out that many of the ultra wealthy pay NO income taxes for entire years— Soros three times, Bezos and Icahn twice, Musk and Bloomberg once. Bezos one year even claimed a $4000 child credit.

Most of Europe has already done a U-turn on wealth taxes.
They're practically very expensive to implement, leads to massive disputes over the valuation of private businesses & private assets, and problems for people with lots of assets and little cash.

It’s kinda weird Pro Publica just discovered unrealized gains aren’t taxed, but I don’t understand why they needed to publish people’s tax records to share that with the world.

Can’t believe someone had the ability to leak tax records and instead of getting Trump’s taxes let everyone in on the “secret” that America taxes income not wealth so billionaires don’t pay billions in taxes just for owning successful companies.

This ProPublica investigation shows that the true tax rate of some of the wealthiest individuals in the United States -- billionaires who saw their riches surge by billions - paid a "true tax rate" of about...3.4%. https://t.co/cpy6n9DnQ7

It “demolishes the cornerstone myth of the American tax system: that everyone pays their fair share and the richest Americans pay the most…the wealthiest can — perfectly legally — pay income taxes that are only a tiny fraction of [their] hundreds of millions, if not billions…” https://t.co/sFuyc8R6kV

NEW: Today @ProPublica presents The Secret IRS Files. We have obtained a vast trove of never-before-seen tax data on thousands of the richest Americans covering more than 15 years. (THREAD)https://t.co/M9XrLLoihT

A truly rare glimpse into how capital escapes taxation. For the most part, the tactics described in the article aren’t even exotic tax avoidance — it’s an inequity built into the system. https://t.co/4xHKcYcyCR

Billionaires can dodge income, capital gains, corporate, and estate taxes pretty easily. They can, for example, simply never sell an asset and instead use it as collateral for a loan that will only cost them a single digit interest rate! https://t.co/50UlsUZX9d

Whoever leaked this is a national hero. Protect them at all cost. https://t.co/naLgeTe8Ir

"We also believe that disclosure of specific figures about the tax returns of people like Jeff Bezos, Michael Bloomberg, Warren Buffett and Elon Musk will deepen readers’ interest and understanding of this complex and arcane subject."https://t.co/tinUmwH9OP

Here’s a note from @steveengelberg and I about why we’re publishing, and what we’re saying about sourcing, privacy and the law:https://t.co/QUNAsdHwBt

ProPublica acknowledges the billionaire tax docs they obtained may have been hacked, even from a foreign state actor, but that doesn’t change any of the news value of the underlying information — a vital distinction in journalism. https://t.co/87I2IOy2qQ

“We believe that disclosing the identities of billionaires who paid little to no taxes in years their fortunes grew by billions of dollars will help readers understand the magnitude of the tax advantages the ultrarich enjoy.” https://t.co/ohyV6DTfIu

"A federal law ostensibly makes it a criminal offense to disclose tax return information. But we do not believe that law would be constitutional if applied to bar or sanction publication of a story in the public interest..."https://t.co/JnL7dUGl2F

This is more than a little disturbing from @propublica https://t.co/N6Wyqwyh7p pic.twitter.com/pfUlOwEiua

Not that this is an answer to your framing critique, but I appreciate Propublica issued this separate piece talking about why they chose to publish this private data https://t.co/XMAL7aWijz

"We live in an age in which people with access to information can copy it with the click of a mouse and transmit it in a variety of ways to news organizations." 👀 https://t.co/pKFIiDjfcm

"We believe that disclosing the identities of billionaires who paid little to no taxes in years their fortunes grew by billions of dollars will help readers understand the magnitude of the tax advantages the ultrarich enjoy." https://t.co/k3U4R8U5uW

Why We Are Publishing the Tax Secrets of the .001% https://t.co/LGkh8gof4s

Really thoughtful explanation from @propublica about why they're publishing tax info for the wealthiest Americans, which they received from an anonymous source. They considered that the info might come from "a state actor hostile to American interests." https://t.co/tVlUXXuHqK

ProPublica editors, acknowledging they don't know identity of source, write: "Nearly everyone who provides material to a reporter is doing so in ways that reflect their worldview, agenda or biases...motives are irrelevant if the information is reliable." https://t.co/QY93RlxZ4K

Here’s @propublica's methodology on calculating true tax rates as a percentage of gains in wealth by the richest, as well as relative tax burdens on average wage earners:https://t.co/9jTdrFfGqL

A few supplemental reads that are also worth looking at:

And the reason publishing billionaire tax information is in the public interest: https://t.co/Dg1XT3dYKP

#ElonMusk paid ZERO federal tax in 2018.
Now that's why they call him a Genius!

Only slaves pay taxes in this dystopia. https://t.co/q8cNHsxo2z

ProPublica explains why it's publishing the tax secrets of wealthy Americans.

They also explain how they dealt with an anonymous source (sounds a lot like source/docs came through SecureDrop), and considered whether the documents came from a hack. https://t.co/stYQUS45o6

The tax return of everyone in the 1% should be public (as it is in some countries) https://t.co/YCvbFDoO2M

Why We Are Publishing the Tax Secrets of the .001% https://t.co/AHgjUWON14

American taxes in brief: Poor people pay nothing. Wage earners owe more as their income rises, up to 37 percent. The wealth gains of the super-rich go untaxed. They pay only 15.8 percent on income they declare, the same rate as someone earning $45K. https://t.co/k2wH9kTvte

This is how you pay for universal child care, free college, medicare for all, a green new deal...https://t.co/naLgeTe8Ir

Someone sent ProPublica the private tax data of some of America's richest citizens.

"We do not know the identity of our source. We did not solicit the information they sent us." https://t.co/ApcCsE398k

"We believe that disclosing the identities of billionaires who paid little to no taxes in years their fortunes grew by billions of dollars will help readers understand the magnitude of the tax advantages the ultrarich enjoy." https://t.co/1PHzC9stZR

In a separate essay, ProPublica's top editors explain why publishing tax stories about the richest people in the country serves the public interest and discuss the ethical and legal issues at playhttps://t.co/tinUmwH9OP pic.twitter.com/LhGgIIb4JB

ProPublica says that ”we do not know identity of our source” that leaked the tax data.

To the point about transparency, here’s the editors note.https://t.co/0ZuMTQkS4G pic.twitter.com/UH0f2hmeor