34% of Basecamp employees are resigning [www.protocol.com] 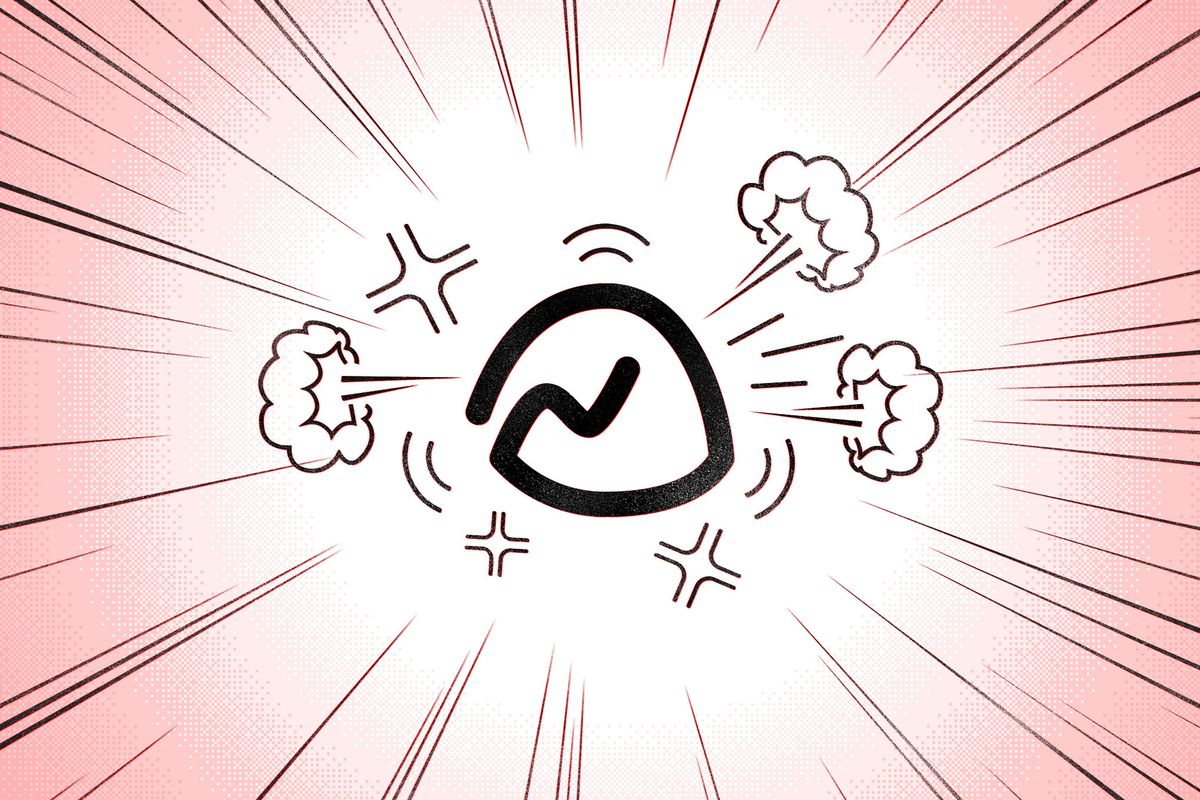 some basecamp departures today following the policy changes -- including no more societal and political discussions at work -- announced earlier this week: https://t.co/OAqbPrcwcQ

Remember when DHH said he was doing this to protect his employees? Maybe he should have, I dunno, asked them first. https://t.co/tD04TjdDk5

A 15-year employee called it quits because of their misguided policy changes. The Ruby OSS space takes a pretty big hit here too. https://t.co/62lNtRgR4O

Like, objectively, the decisions that small company makes (and yes, 57 people is quite small, comparatively) is being equated as being a trend or a sign of industry movement. Why do we give it that much power? Why do we buy into the idea that it has influence that it doesn’t?

Maybe James Damore is looking for a new gig.

Damn @dhh you really blogged your way out of staff eh? https://t.co/lcLj75AzK2

what a wild fall from grace. from being industry heroes to this in less than a week. https://t.co/ceLdo70elJ

This is the company that announced their not going to get involved in politics anymore https://t.co/LGU87Q3l8i

After nearly 8 years, given the recent changes at Basecamp, I’ve decided to leave my job as an Android programmer there. Will eventually be looking for something new, so please feel free to reach out / RT. DMs open.

Thank you all for your support and kindness. It means a lot. ❤️

I will always be grateful for the time I spent at 37signals and proud of the work we did. There were and are some amazing people there doing incredible work.

These Basecamp changes are a tantrum from supremely privileged founders who have lost the plot. Very sad to see it.

This is what you get for quoting Aldous Huxley in your no-politics-at-work memo https://t.co/0O3ZYYAW4W

i guess everyone at basecamp is now breaking camp amirite

That company is going to bleed so much talent, they're going to have to start writing the code themselves https://t.co/oNPDHUBaJO

I really think we will look back at all of this as a big moment in the movement to racially integrate tech. https://t.co/ZnTPxnlhkB

Given that Basecamp's core competence is trolling Twitter, it's understandable that folks in the non-core software arm don't feel as valued and may opt to leave.

The real damage of the Basecamp mess will be to Ruby on Rails: https://t.co/DhMlxYU6yW

I resigned today from my role as Head of Marketing at Basecamp due to recent changes and new policies.

I'll be returning to entrepreneurship. My DMs are open if you'd like to talk or you can reach me at andy@detroitindie.com

lmao leadership couldn't take an easy L so instead they're losing at least a third of their company https://t.co/EEbSOoux7X

it’s pretty remarkable how a 17 year-old company of 60’ish people can own a twitter feed. Irrespective of what the company news is, the fact is that Twitter sees what it wants to see and the commentary reflects that https://t.co/2nEexRxOQM

What a complete and public meltdown. Fascinating. https://t.co/aMdLGSR8x0

Rails was a massive deal. No one is going to argue against that. And SvN was a very big blog in the aughts. But real talk, who do you know who is a paying customer of Basecamp? And what large organizations do you know that are? Because I cannot think of one.

Best of luck to all the teams looking to scoop up Sam, who has been criminally underpaid (and no equity!!) for the past 15 years. Wallets out, people. https://t.co/lI4j3vCoKN

After 7 years, today is my last day at Basecamp. I plan on taking a little time off, but if anyone is looking for an iOS engineer, I would love to chat, my DMs are open.

I’m leaving my position at Basecamp, where I’ve worked for 4 years, due to the recent changes and new policies.

I work in Customer Support and I love it; any job leads would be so welcome and helpful! (DMs open/personal website with contact in my bio)

As a result of the recent changes at Basecamp, today is my last day at the company. I joined over 15 years ago as a junior programmer and I’ve been involved with nearly every product launch there since 2006.

This is why I miss people. I'm acutely aware of how many mistakes I make when I only listen to myself.

New: a big chunk of Basecamp employees are leaving the company en masse. Comes after the company essentially banned politics in the workplace. "I've left due to the recent policy changes and subsequent public actions by company leadership," one told me https://t.co/ATo869koHC

Someone would write a book about how to ruin your lifestyle business that has made the founders millionaires in just 96 hours. Call it, “No Work.”

If you want the reason 1/3 of Coinbase employees didn't leave, the answer is skin in the game. Basecamp employees don't have any, bc founders don't want to give it. So when they took action a bunch of people didn't like (agree or disagree with it, not the point) they walked. https://t.co/roI3Ivn2jU

If what you actually wanted was to solve harmless little made-up problems, there's plenty of options like crosswords or sudoku. https://t.co/FmOkFDJmWL

I have left Basecamp due to the recent changes & policies.

I’ve been doing product design there for 7yrs. The last 3yrs I led the iOS team working alongside @dylanginsburg and @zachwaugh — they are the best 💜.

If you need a product designer, please DM or email me: hi@conor.cc

I’ve resigned as Head of Customer Support at Basecamp. I’m four months pregnant, so I’m going to take some time off to build this baby and hang out with my brilliant spouse and child.

How many web developers have made their 6+ figure salaries by piggybacking off the open source projects led by this now-former Basecamp engineer https://t.co/VxApL3lue4 pic.twitter.com/CpJMLYyR6k

If my ship was sinking I would not spend they day thoughtleadershipping Apple politics on Twitter. But to each his own I guess.

I’m sure they’ll have their pick of exactly the kind of engineering talent that has made Parler and Frank such stellar products. https://t.co/4cQAlnXFWD

So sad to see Sam and the rest of the Basecamp team go through this. What a loss for Basecamp, the Rails community, and BC customers. But I also want to say good for him. Everyone at BC has lots of options and it's great to see people as senior as Sam stand up and say BS. https://t.co/P6dcSUjfBQ

What a train wreck... Talk of Rails being forked too. https://t.co/JVE0hZqB6J pic.twitter.com/YXU9lzkF4v

this whole pandemic has felt to me like a succession of self-owns by isolated, stuck-at-home managers who didn’t have anyone immediately present to tell them something was a bad idea https://t.co/DqjPpwMKKA

Monday, May 3 will be my last day at Basecamp. I’m sad and I don't plan to talk about it publicly. Instead, I’ll share one of the highlights of my time at Basecamp. I wrote this in answer to a check-in question soon after HEY was released.https://t.co/pManKC9jhz

All the top search results for the single word "basecamp" are of employees announcing they're leaving the company. pic.twitter.com/HotkPkirIM

I have resigned from Basecamp after 7.5 years and 100+ podcast episodes.

Thanks to the listeners of The Distance and The Rework Podcast for tuning in all these years.

Thanks to my colleagues for being some of the kindest, smartest, and most empathetic humans I've ever met. ❤️

Putting all of the real people who are now out of jobs aside for a moment, can we reflect on why a company the size of Basecamp has this many people talking for this many days? Like, I’m guilty of this too, to be clear. But I keep asking myself, “why?”

Rarely has a company with so much goodwill burned it so quickly. https://t.co/PMKO65wP9K

Basecamp only had around 60 employees so a round of departures like this will make a big impact (compared to Coinbase which has a few thousand) https://t.co/Htnkm8E3sj

Policies have consequences, especially in the new remote-first era where employment mobility is greater than ever before (for a certain kind of upwardly mobile digital worker).#Basecant https://t.co/S3QoddWtd3

forgive me, i’m so tired of hearing / reading about this tiny company whose products i can’t stand, the only way i can cope now is by making bad jokes

looks like the apple tax isn't the only 30% haunting @dhh rn https://t.co/2J5Z3sOdbv

Basecamp calling a meeting of all the hands that are left, as a third of the feet are already heading out of the door

“It’s not a coincidence these grand stands against divisive ‘politics’ at work issue down from white male tech executives.”
That’s pretty spicy for TC.https://t.co/8qtEgWOdLw

Multiple employees say they are leaving specifically because of recent policy changes.https://t.co/89gI2SA0PC

New: A number of Basecamp employees have announced on social media that they are leaving the company days after its co-founder and CEO announced sweeping changes including banning political talk on work accounts as well as banning all workplace committees. https://t.co/NHG9WDdSMZ