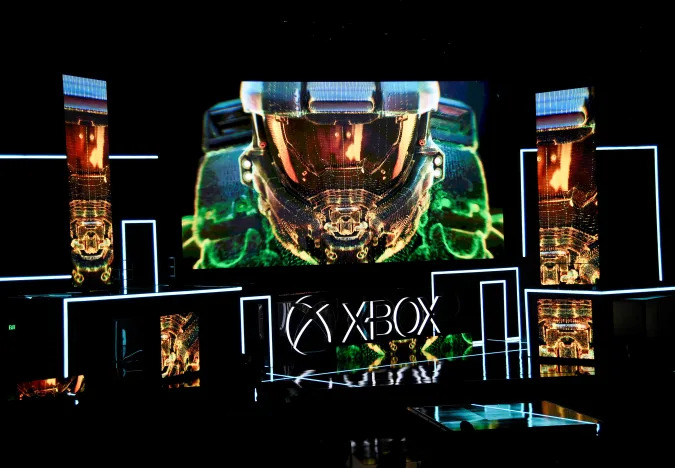 now all Microsoft needs to do is make the Windows store... usable. It's in a terrible state, and the rumored overhaul can't come soon enough

Developers will now have a 88/12 revenue split rather than 70/30 when they put their games on the Microsoft Store, Xbox Game Studios boss Matt Booty has said.

Oh and Halo Infinite will feature cross-platform play and progression on Xbox Series X/S, Xbox One and PC for SP and MP. https://t.co/RLZwXqVIHo

Apple's nearly $90 billion a single quarter of revenue really puts the 30% / 15% cut into perspective. That cut percentage will be particularly interesting soon. https://t.co/YzvQ3beH0F

It's almost like lawmakers applying scrutiny to what happens in these online stores is having positive effects. https://t.co/KCN6qQq5Gz

Just remember, this won't make games cheaper for you. https://t.co/miCsASuNJC

Microsoft is following Epic's lead. PC storefront revenue share is changing from 70/30 to 88/12 as of August 1. https://t.co/TtXBSmYqqt

It is amazing how even just a little competition changes things fast https://t.co/GwO2Y2wGP4

I was personally quite surprised about the revenue on Windows 10 Store, even for games in gamepass. This is cool and I love the pressure on the other PC platform(s?) ? https://t.co/EQAra83vcY

Big PC gaming news. Microsoft is shaking up the world of PC gaming by cutting the 30% fee it usually takes on PC games to just 12%. It's a bid to compete with Steam and entice game developers to the Windows store. Full details here: https://t.co/A6NM9GRtts pic.twitter.com/rMYbgXPqvM

Yessss the Epic Games Store is really making ripples out here. Love to see it. https://t.co/hMF69INTSx

I'd be surprised if Valve even blinks at this news, but it's good news for devs regardless.
https://t.co/J4g8Wa1sFi

This is neat. It will pressure Valve to change Steam a bit, and means the potential for more good games on MS Store (ideally by listing on all stores not exclusively MS Store). If they work to fix the store and allow unpackaged Win32, I will buy more games there. https://t.co/LVNcQkw9YL

Epic should point to Microsoft's app store price cut in its case against Apple. https://t.co/EikwoFXeRL

Microsoft will decrease the fees it charges independent developers that publish PC games on its online store, a move that will make it more attractive to indie studios, reports @Kellen_Browning. https://t.co/9g1m70i8J1 @nytimesbusiness