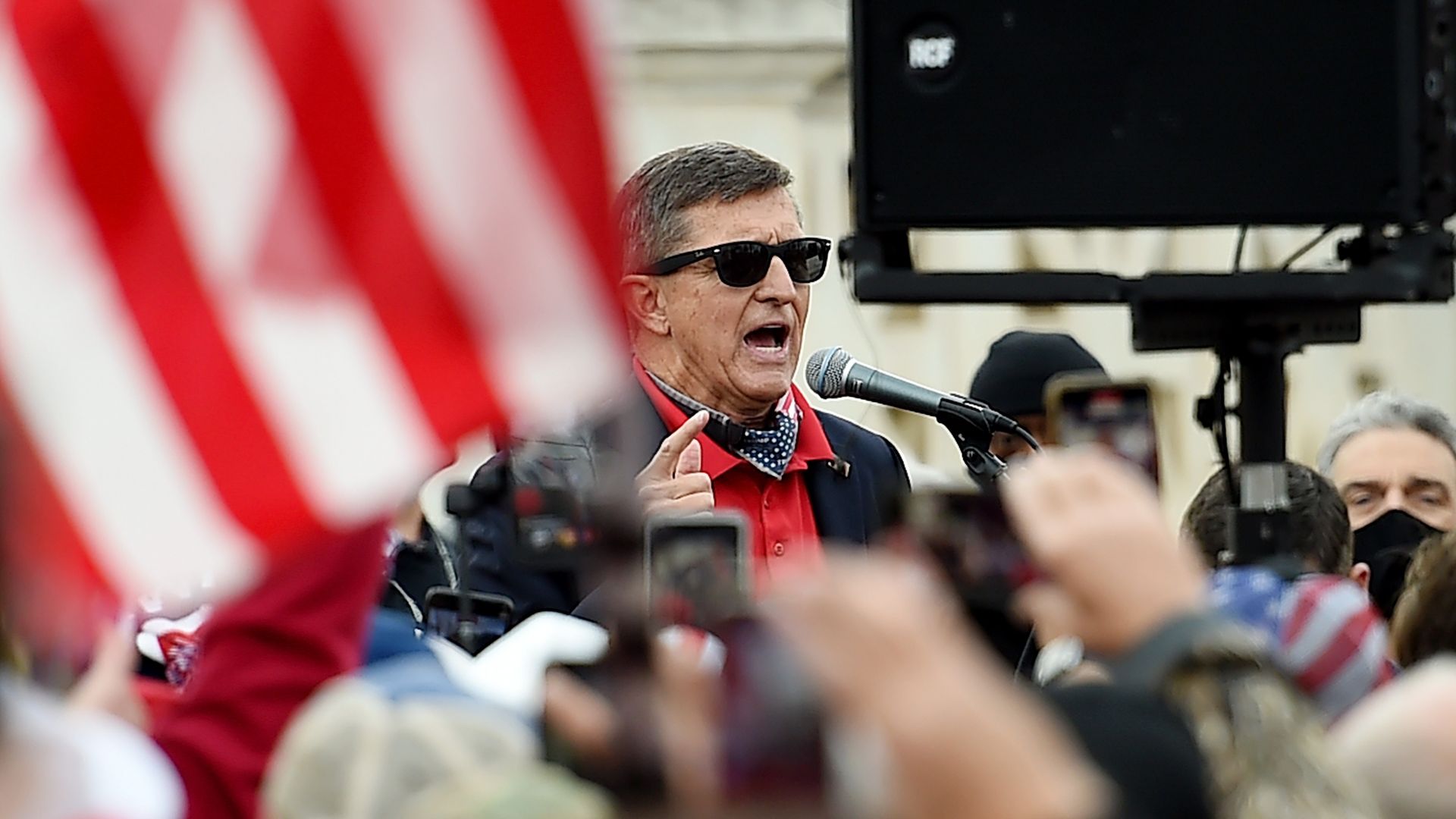 Major QAnon accounts that have been banned since this was announced already include:
-QAnon76
-Praying Medic
-intheMatrixxx
-WeTheInevitable (who has ban evaded more than 20 times)https://t.co/Kv54PCDHkz

Major Patriot & Qtah have also been banned. "Mel Q," who has been ban evading, is still up. https://t.co/ZnOmOUbJGc

You don’t need to give Twitter much credit for taking out a fire extinguisher in the middle of a raging wildfire, after they’ve happily provided arsonists and pyromaniacs with a steady supply of gasoline, oily rags, and matches for years... https://t.co/YsFdgSHeAa

Twitter will be banning major accounts that push QAnon on the platform after its followers stormed the Capitol on Wednesday, explicitly plotting it for weeks on various social media networks.

X22 Report, which may have rivaled QAnon76 for the most followers of remaining QAnon accounts on Twitter (more than a half million), has also been banned.

BREAKING: Twitter is taking dramatic action on remaining QAnon accounts for breaking their "Coordinated Harmful Activity" rules, some of whom heavily promoted Wednesday's storming of the Capitol.

Two of these people (Flynn/Powell) were advising the president in the Oval Office a couple weeks ago. The third was retweeted repeatedly by the president in recent weeks to fuel lies about election fraud. https://t.co/AIWlZlcpC9

Mike Flynn had taken an "oath" QAnon last year. He and Sidney Powell advised the president on attempts to override the election in the last month. Powell is now being sued by Dominion Voting Systems for $1.3 billion.

Major players in the Q universe, both now banned from Twitter.

Ron Watkins, who runs the site where Q from QAnon posts and whom many believe may be Q himself, is now also banned from Twitter.

He spent the last month targeting private citizens with claims of election fraud. He lives in Japan and runs 8kun, a site born in the Philippines.

Although Ron Watkins has been banned, his father and 8kun owner Jim Watkins remains on the platform. Jim Watkins has used his Twitter account to promote QAnon. pic.twitter.com/PjxFY5ZPSt

I am hoping businesses will step up & pull advertising from @foxandfriends for promoting Trump's lies & conspiracy theories regarding the election resulting in the death of five people, threats against our elected representatives & property damage.https://t.co/haaoas6Dza

Twitter has banned Michael Flynn and Sidney Powell. It's about time. These disgraceful Trump acolytes should have been removed a long time ago. Now it's time to ban Trump and the rest of his crime family.https://t.co/wqXNaVyRH4

“Flynn and Powell both counseled with Trump at the White House in recent weeks as part of efforts to overturn election results.”https://t.co/J6vueGnqmo

@oneunderscore__ has the story https://t.co/fLScgVkRQa