Facebook Is Helping Encourage Voters to Break the Law [gizmodo.com]

Facebook to put a halt on new political ads in run up to US election [www.siliconrepublic.com]

Facebook Outlines New Measures to Protect the Integrity of the US Presidential Election [www.socialmediatoday.com] 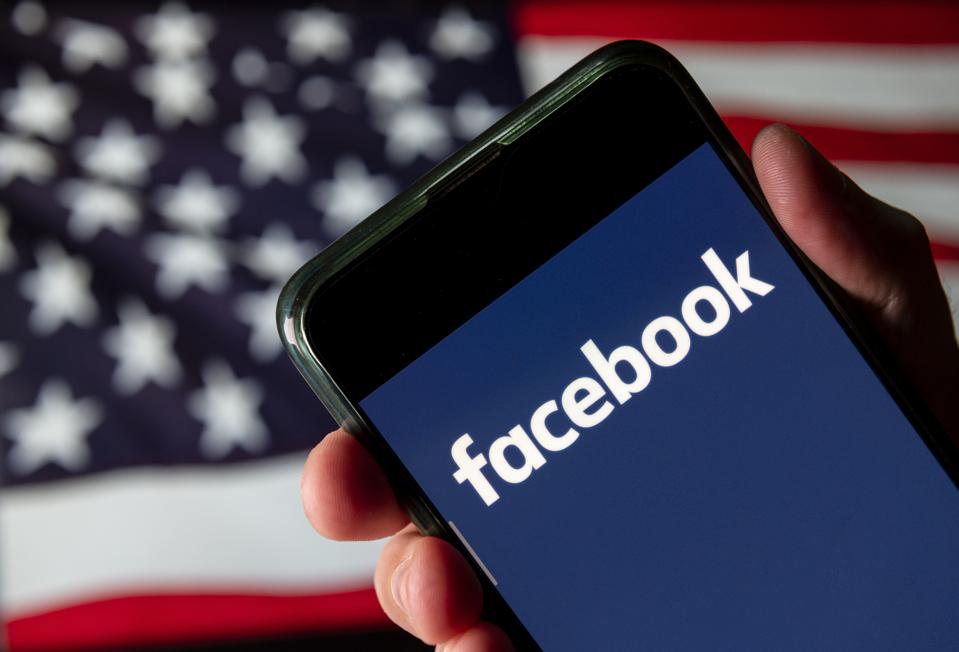 What Facebook Still Needs To Do About The 2020 Elections [www.forbes.com]

Turns out, the people who work at Facebook are fighting just as much as the rest of us [www.marketplace.org]

What Facebook Still Needs To Do About The 2020 Elections [www.forbes.com]

This is a start. Other platforms should refuse to take ads during the final week. News orgs should be wary of publishing stories that seek to delegitimize the results of the election. Winning the news competition doesn't matter if we lose our democracy. https://t.co/wXpm7960QK

We should be asking every social media platform hard questions about their plans for this Presidential election. https://t.co/9irC6NOhGN

"Postelection, Facebook said it would quash any candidates’ attempts at claiming false victories by redirecting users to accurate information on the results."

HOW will Facebook make these calls? Under their current policy, politicians can lie in ads. But not *these* lies? https://t.co/RAbreR9irP

As a reporter, Facebook's ad policy is interesting. But as an American, Mark's whole post is terrifying. FB's a global company that's worked through elections in countries with no peaceful transfer of power. That feels like what they're preparing for here. https://t.co/zP5Pmmi0F4

We placed a public interest notice on two Tweets in this thread for violating our Civic Integrity Policy, specifically for encouraging people to potentially vote twice. https://t.co/UU9kJfqptz

Why not ban them now, 9 weeks before the election?https://t.co/IqpJqHzyGN

I’m worried there might be a fire, says world’s biggest retailer of petrol and matches https://t.co/ureXEv8FGq

I agree with Facebook’s employees: #DeleteFacebook.https://t.co/zoT2NSqoYH

Not really sure this does much of anything when a record number of people are expected to have mailed in ballots well before that week! https://t.co/Ye6Zb3uIJi

anyone else who breaks twitter rules this often gets thrown off the service https://t.co/2eJ5DaREfa

Reminder that when Twitter does stuff like this, it’s not “censoring” Trump in any way, but *actually* giving him preferential treatment by letting his tweets stay up that a regular person would have taken down. https://t.co/Ig4RMrBdhS

Politicians will still be able to pay Facebook millions to run false ads all the way through Election Day as long as they buy the ads before the final week of the campaign, Facebook announces.https://t.co/Thceue3tdi

Our teams at Instagram and Facebook are focused on protecting this election. That’s why today we announced a series of changes that encourage voting, ensure people have accurate information about voting and reduce the chance of post-election uncertainty. https://t.co/VATW8fsFWO

(NYT) - Less than 24 hours after President Trump suggested North Carolina voters attempt to vote twice to test if “their system’s as good as they say it is,” Facebook said it would take down posts if users .. reposted them without proper context.$FB https://t.co/YbR5UCi31u

Facebook CEO Mark Zuckerberg "warned of "a heightened risk of civil unrest in the period between voting and a result being called" in an interview for "Axios on HBO." https://t.co/LEuosl2F47

The thing about Facebook is it has all the hubris of engineer thinking: the belief that it can, by itself, find the answers to any question regardless of field; the inability to seek answers from others; a disinterest in long term; applied on a huge scale. https://t.co/iudBtWjDex

Holy shit: “Included in the ban are ads purchased by election officials — secretaries of state and boards of elections — who use Facebook to inform voters about how voting will work.” https://t.co/HIz0qTbvXc

This is a scary post from Zuckerberg and Facebook on what they are doing to try to preserve a fair election. It shows how much fear there is that there is a loss of central trust in the information we get from others and “official” sources. https://t.co/5i48KgnIVw

We have such an incompetent president that Twitter has to let users know he is lying and encouraging a felony. Super. https://t.co/bMuFNdabl9

We said this when Twitter banned political ads: it sounds good, but as with all content moderation, there are many, many, many more edge cases than most people realize. https://t.co/ymRIM0Sqrt

“Facebook is not a bystander or a passive observer of this behavior. It holds all the power here. It is an active and willing participant in every lie its political customers propagate on its service.” https://t.co/lvmiJuu2tt

So supremely neoliberal that the corporate monopoly makes our election rules now. https://t.co/Q6YcYv27F0

This is a bad decision by Facebook on two levels.

1) Substantively it's bad policy
2) As a PR move it doesn't mollify any of Facebook's critics. https://t.co/TjDnMsTZFd

Ok. I take back every nice and patient thing I said about the Facebook election ad ban.

Sometimes Facebook gets it right.
Not often enough, but sometimes. https://t.co/xFGQ2BFbce

How is it that @facebook will remove the video but will only attach a weak sauce information link to this post?? https://t.co/ZtCHGwFAIA pic.twitter.com/DrvnJb1oQ6

Facebook is not a government, but one thing they currently share in common is that we should not uncritically report on their announcements until we've read the fine print and answered the "yeah, but can they actually enforce it?" question https://t.co/KBrrp2xcJb

Facebook's political ad ban window really looks less like a legit attempt to avoid being a source of manipulation and more like an attempt to ensure any manipulation before the election is done by "earned media", such as Ben Shapiro, who Facebook lets break its post-pumping rules https://t.co/jye5ckJnDw

Zuckerberg: "There is, unfortunately, I think, a heightened risk of civil unrest in the period between voting and a result being called." https://t.co/ejckkis8fE

There are the details. And there is this: Mark Zuckerberg, alone, gets to set key rules—with significant consequences—for one of the most important elections in recent history. That should not be lost in the dust of who these changes will hurt or benefit. https://t.co/QzLtcvZA6f

The President just committed a felony.?https://t.co/kgvMOCJYfz

I spoke with @mollywood and @Marketplace this week about our reporting on what's going on inside Facebook. We touched on Kenosha, internal content moderation, employee morale, and other stuff: https://t.co/O7pDdMDeVL

“So you’re saying that Facebook has an internal Facebook that Mark Zuckerberg has stepped in to police. The irony is hurting me in the head right now.”
— ⁦@mollywood⁩ https://t.co/b25XJSRmBL

They can say they are being proactive, but at the end of the day, this is toothless,” Melissa Ryan, chief executive of Card Strategies, a consulting firm that researches disinformation, said of Facebook’s pre-election ads stoppage. https://t.co/xB2M1bQOgy

NEW from me & @sheeraf: How effective is Facebook's ad block ahead of the US election going to be? We took a look at the data behind FB's political ads and how its ad blocks in other countries have worked during elections. https://t.co/gCRE2ichJh