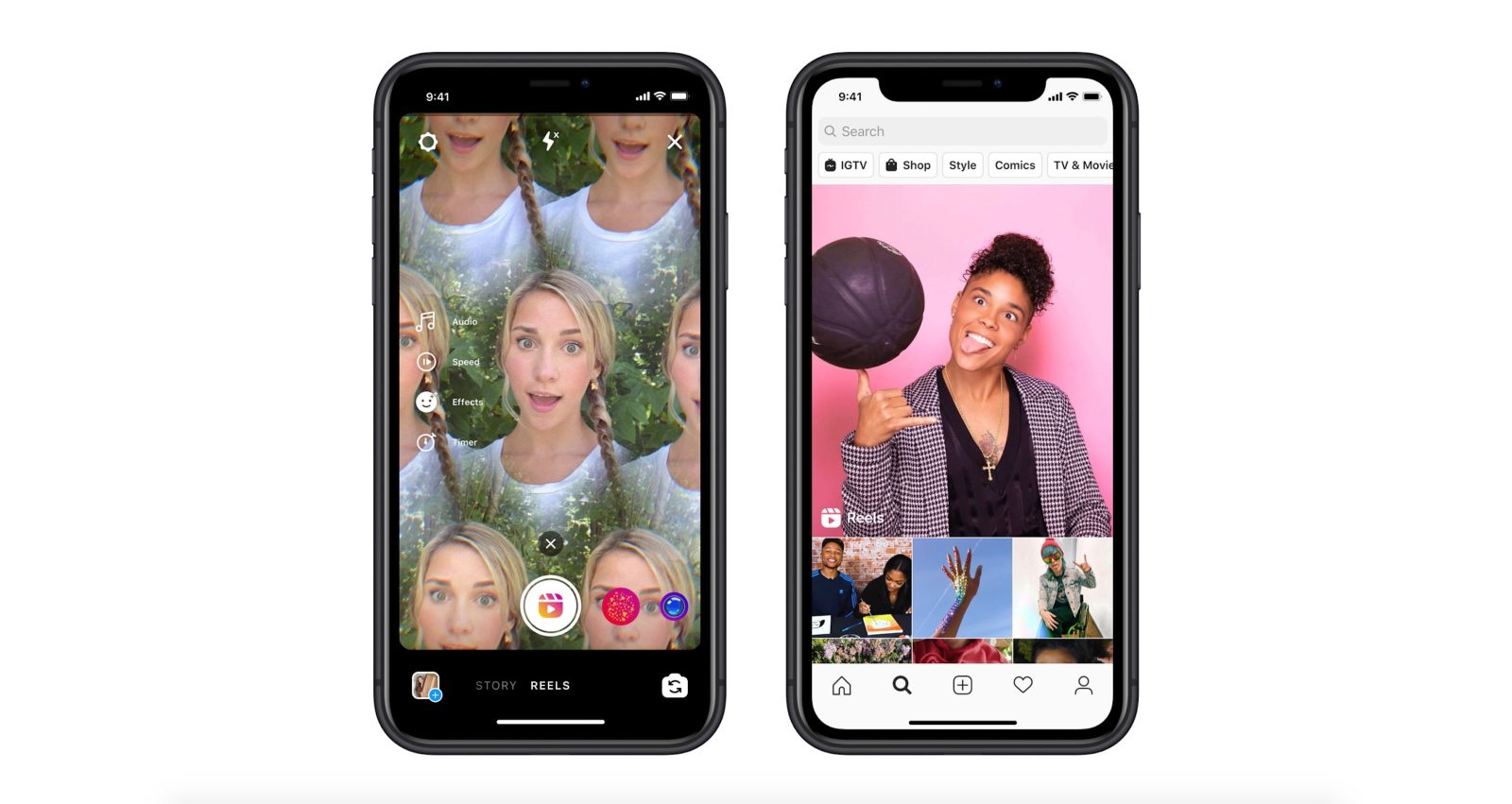 the devil works hard but ig works harder. reels been ready forever but they heard trump was getting rid of tik tok and pulled the trigger https://t.co/sZ2lzVK1IB

Introducing a new way to create and discover short, entertaining videos on Instagram.

Reels is rolling out today to more than 50 countries around the world.

The crackdown on TikTok – a company that happens to be Chinese-owned, rather than a strategic asset for China – could end up making the Facebook empire bigger still.

New: Instagram Reels is launching today. It's the company's attempt to take on TikTok by keeping you off TikTok to make 15-second videos on Instagram. As part of the launch, there's a redesigned camera and a major update to Explore.

NEW: Facebook officially launches its TikTok rival, Instagram Reels
° Embedded in Insta — vids can be shared, or appear in Explore feed
° Debuts in over 50 countries
° Allows users to create 15-sec vids
° No monetization strategy yet

With Reels, you can record and edit multi-clip videos with music, effects, and new creative tools. Share reels with friends on Feed or with the larger Instagram community in Explore. pic.twitter.com/Ac6s60ohJh

Reels is a major part of the next chapter of Instagram. We’re offering more ways to create and enjoy videos, and making it easier to discover new content from the amazing Instagram community. We can’t wait to see what you create.

IG said dont let that chinese app have your data we already have yours so just use us instead https://t.co/910hlFQZCy

Reddit shuts down r/The_Donald after years of problems with racism, anti-Semitism and conspiracy theories - The
r/the_Donald from https://t.co/99EiSpcM2v
Jun 29, 2020 · Reddit shut down its popular but controversial forum devoted to supporting President Trump on Monday

How about this one. His "Kill List" included Americans. BTW, assassinations were made illegal in the past. You'd think that a constitutional law scholar would know that.

He also ordered a hit that killed a 16 y/o American boy. Trump killed his sis later.https://t.co/CPMvWa7Si3

Instagram is going to be the new Facebook App: Trying to pack way too much into one product, it no longer becomes cool. There will be 4 different video formats on Instagram:

Reels launched + that’s cool, but this nugget from Vishal Shah is what I’m most interested in ?

“In last month, 45% of videos uploaded to the (Instagram) feed were 15 seconds or less.” https://t.co/une7SvQmAr

Buying TikTok for say ~30B (then running it to the ground) will be a godsend to Insta Reels (launched today).

Talk about adding value. Puts most VCs to shame.https://t.co/jq8jUrhoDT

I wish it was possible to read this article, but alas, it's a https://t.co/As00bxqQox article so I can't. Sigh. They should allow everyone to read their material for free during the pandemic... Just saying.