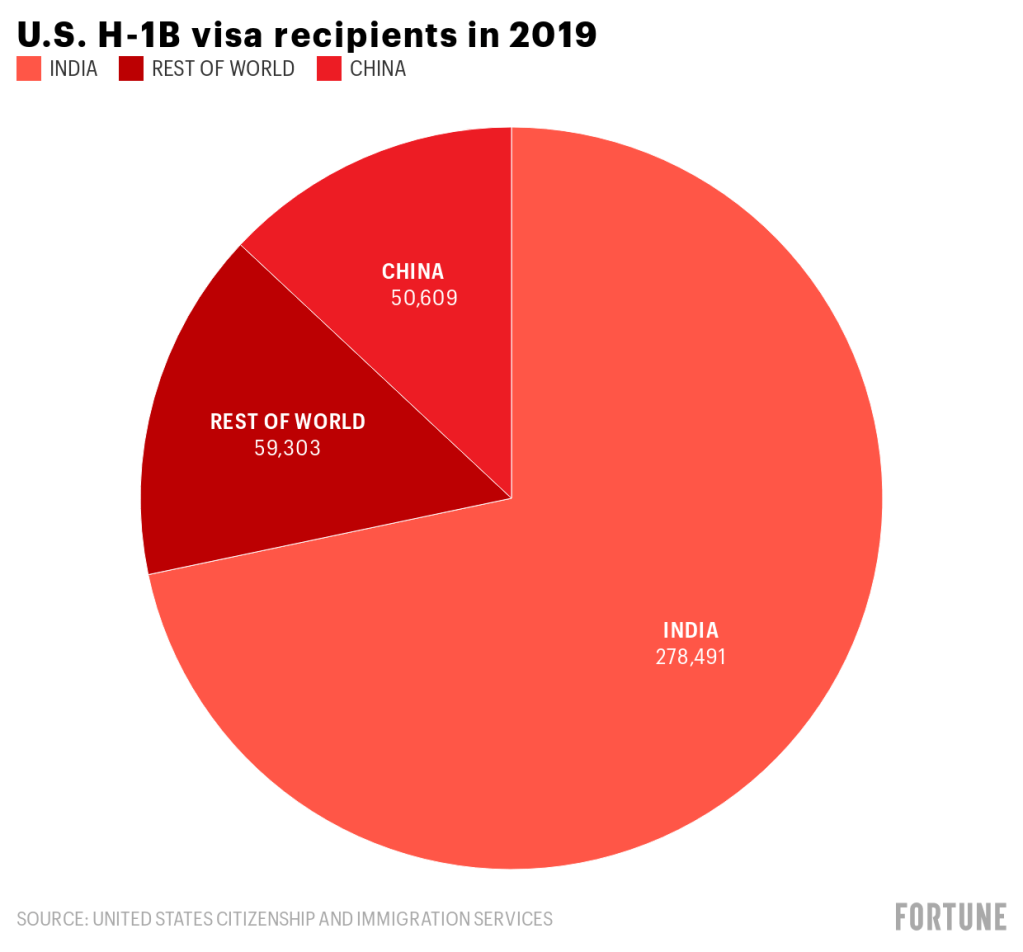 All the apps, everywhere, all the time [www.protocol.com]

Tech Companies Hit Out At Trump Over Visa Restrictions [www.androidheadlines.com]

A message to all you H-1B seekers; just look to the North, where we welcome you (and your family) with open arms... Did I mention free healthcare? Welcome to Canada. https://t.co/1tXEALPwrK

Immigration is central to America's story, and it's central to my own family's story. My family escaped danger and found a new home in America. @sundarpichai is right - at @YouTube, we join Google in standing with immigrants and working to expand opportunity for all. https://t.co/ExJ5KT84ix

Turning away skilled, driven, creative folks offering to work extra hard for their shot at the American dream is going to send them off to other economies, similarly in need of such talents for their own post-COVID recovery efforts. H-1B holders result in net job creation.

Immigration has contributed immensely to America’s economic success, making it a global leader in tech, and also Google the company it is today. Disappointed by today’s proclamation - we’ll continue to stand with immigrants and work to expand opportunity for all.

Once companies realize they don’t need employees to be based in the US, setting up offices and hiring people *OUTSIDE THE US* will become the norm. Like what happened with WFH since March.

In the meantime, say goodbye to incredible talent coming to the US to study. https://t.co/yQ69tvclbx

Statement on US high-skilled immigration proclamation:

"This proclamation undermines America’s greatest economic asset: its diversity. People from all over the world come here to join our labor force, pay taxes, and contribute to our global competitiveness on the world stage.

Anything to stoke racism and xenophobia. That’s all he’s got. https://t.co/N2tW0etaD3

This is unbelievably bad policy on every level. It will only mean more jobs move outside the US, and in no way makes America better or more competitive. https://t.co/hGVzhkXHuX

I came into the U.S. more than a decade ago on a J visa, then scrambled for years on H-1B work visas.

I sought and received a green card.

Then I earned citizenship by joining the military and swore in on the graduation field at Ft. Jackson.

Trump expected to suspend H-1B visas until end of year to prevent international students/postdocs from coming to the US.

Academic research in the US used to be the envy of the world in no small part because it opened its doors to international scholars.https://t.co/ScTeOGKQFJ

NEW: President Trump will sign an executive order suspending work visas -- including H1B -- through end of year & will extend previous green card restrictions through December as well, according to a sr administration official. https://t.co/ZQjRIrNOxE

Totally agree. One of the biggest advantages the US has--for now--is that the world's smartest, most talented people want to live and work here. We should welcome them (after appropriate vetting) with open arms. https://t.co/jkKpBfcY3G

This is what I was saying earlier about the H-1B program. Yes it is super flawed, but often it is the only viable pathway to citizenship for a international college students, exchange student/visitors etc to immigrate if they do not have immediate US citizen family. https://t.co/UipQxWhcbQ

This is the worst thing that’s happened to US science and innovation. Banning #Immigrant scientists will lead to a devastating loss in creativity and productivity. Pretty much every lab in the US will suffer. https://t.co/xzZypmAgVn

I try not to tweet political often, as I am not deep as lots of others. but know some of the most talented people I have ever worked with - who have contributed incalculably to the tech industry in the US - were on these visas & can't fathom this. vote! https://t.co/PcuIlO31Lq

The suspension of the H1B visa program is bad for the US, bad for innovation, and will shatter dreams and disrupt lives. As a former H1B visa holder, my heart goes out to all the families affected.

This is such a dumb idea. I mean, there are so many dumb ideas coming out of this ignorant, clueless, dumbfuck administration. But this one is just such a stupid stupid idea that will do real damage to American competitiveness for no good reason at all. https://t.co/u33wQ2zewC

The rest of the world is thankful. Amazing talent will stay at home. https://t.co/oYYktMT7SF

Suspending H1B visas is so messed up on every level. This will inflict needless, immense pain on so many people – and only benefit countries like Canada with open visas + growing tech industry https://t.co/HmiPpiZpLe

We @JohnsHopkins are prepared to take action if this order comes to pass https://t.co/cDeSGVUsJO

In the digital economy, you hire where the talent is. When you restrict immigration, the jobs still get created, just somewhere else. And later down the road, when those individuals create the next Google, it won’t be here.

The formula for Silicon Valley is simple, but at its heart is bringing together the best talent from all over the world & empowering them to help build new companies.

Immigration is essential for this to work. It’s also a unique advantage over China. 🌎 https://t.co/a7b3bxropY

An order by President Trump would temporarily limit a variety of visas, including some that immigrants use to enter the U.S. to do work ranging from landscaping to tech. https://t.co/6ibsr8sEya via @WSJ

At a time when our world is grappling with the devastation of a global pandemic, surging unemployment and heightened racial and political turmoil, this decision to further challenge the immigrant community is cruel and un-American. https://t.co/HKiFptbXsD

Apart from the evil, this is a knife in the heart of the economy. If Americans could fill these jobs, we'd be filling them - a country that elects Donald Trump doesn't HAVE a smart enough population to afford cutting off global tech/science workers who want to come here. https://t.co/YoXcdkY6Cl

Too little too late. We are to the point where words mean very little and only actions matter. What are tech firms going to *DO* to make the administration reconsider? https://t.co/1CU4GTHCgS

New: Trump will sign an order later today barring immigrants on H-1B and other work visas through the end of the year. Admin estimates restrictions will block 525k people from coming to the U.S., including those already barred by an April orde https://t.co/zGDi2oIedG

Reducing or suspending immigration to the US is misguided.

We should be trying to bring in more immigrants, not fewer! https://t.co/IWXI5b2fy7

We have now put out a "not welcome" sign for all who are not born here (and even some who are). Immigrants support and drive our economy in ALL ways. We are shooting ourselves in the foot. https://t.co/8bhTfdfmWq

I try not to tweet political often, as I am not deep as lots of others. but know some of the most talented people I have ever worked with - who have contributed incalculably to the tech industry in the US - were on these visas & can't fathom this. vote! https://t.co/PcuIlO31Lq

.@LindaMooreDC in @mercnews @ethanbaron on #H1B visa executive order: looking forward, #technology will continue to be crucial to the rebuilding of our #economy https://t.co/CCAdpIVZqA

The only reliable ally that hopeful immigrants have are the corporate employers who intend to exploit them. https://t.co/XUc3Y8NVtK