﻿ ment 3/3 '20 posted (3/3 '20 edited) 뉴스 정치
0
Lee Man-hee, who appeared on the Park Geun-hye Watch…
• The commemorative wristwatch for Cheong Wa Dae, which was inscribed with President Park's autograph and Phoenix pattern, was unveiled on August 16, 2013.
• At that time, the Blue House produced two types of metal watches for men and women to give as gifts for those invited to the presidential event.
• Lee Man-hee, President of the Shincheon Ji-Jesu Church, was making a big feast at a press conference on the Corona 19 incident held at Gapyeong Sincheonji Peace Palace in Gyeonggi Province on the 2nd afternoon.
• On the wrist of the president is a watch engraved with the name of former President Park Geun-hye. 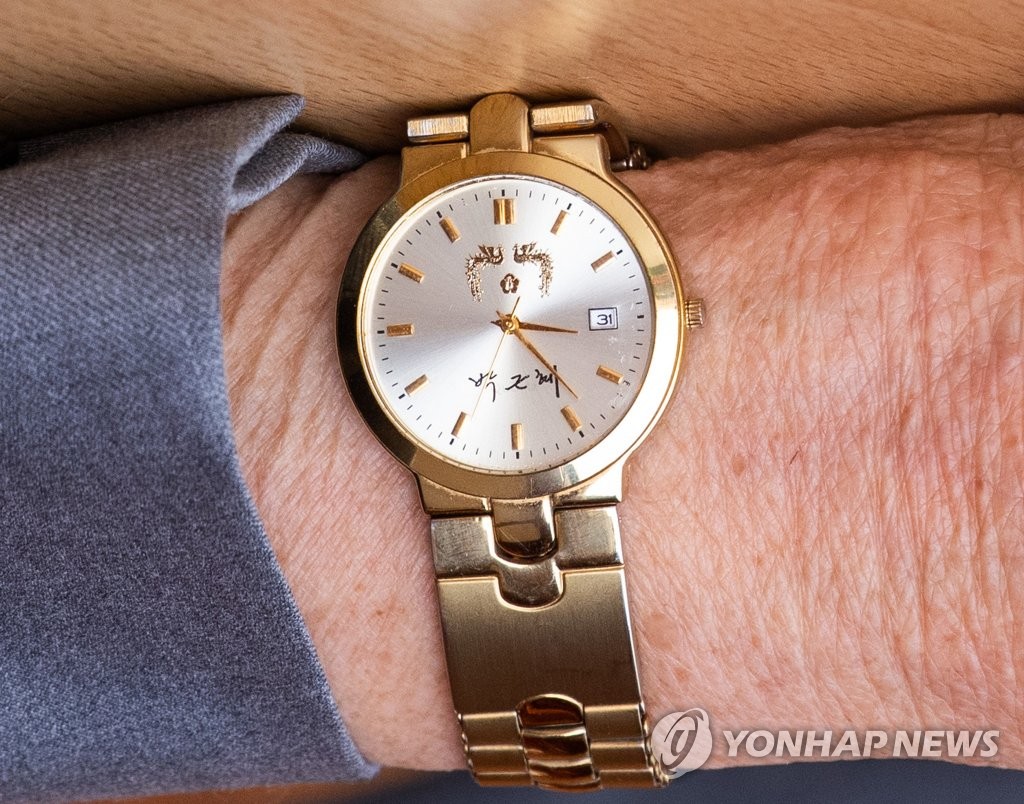