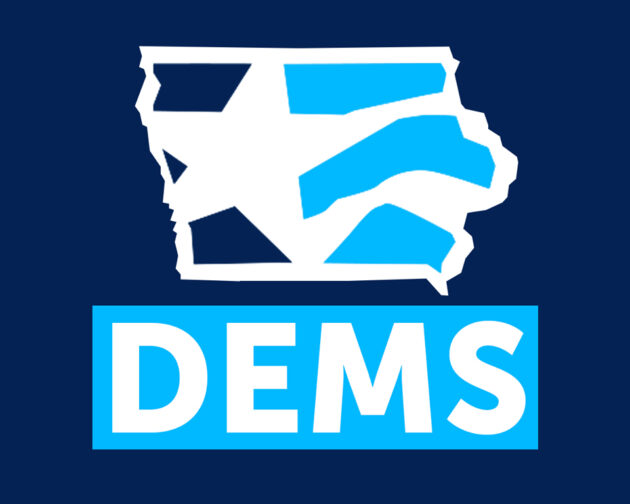 What caused the Iowa app debacle, and why election tech leaders say it won’t happen in Seattle [www.geekwire.com]

Iowa caucus app: no security vetting, no testing, no training - NYT [U] [9to5mac.com]

I know it's tempting to make jokes... or insinuations.

But there is absolutely no evidence that there is anything untoward happening in Iowa.

Waking up to learn that we won’t even need Russia’s help to f*ck up this election https://t.co/ofifsAMAA0

Higher Ground removed Shadow's predecessor firm from its list of portfolio companies. An ACRONYM blog post saying Shadow would "exist under the ACRONYM umbrella" has been deleted. A page saying ACRONYM "launched" Shadow has been changed to "invested in" https://t.co/0sbd5tJP8p

“We should be begging for the most analog election technology possible,” writes @KevinRoose. “After all, every piece of technology involved in the voting process is a possible point of failure.” https://t.co/2O9KcD3jL1

NPR first reported on the IDP reporting app last month, noting the wide range of vulnerabilities it posed, from cybersecurity risks to the possibility of a clogged system. IDP declined to answer q's on the app's development or what testing it had undergone https://t.co/bDgLrWITE9

Hey, radical idea: let's dump apps and electronic voting and go back to paper ballots like the rest of the civilized world? Some things don't need to be disrupted. https://t.co/k3z9eAhFJl

New: Shadow Inc. investors ACRONYM and Higher Ground Labs are scrubbing their websites of info linking them to the firm behind the app that fueled Iowa caucus chaos last night https://t.co/0sbd5tJP8p

Here's a handy illustration of why election software is a terrible idea: This error message potentially tells anyone who's used SQL how to get access to this database to tinker with it however they want. https://t.co/Kg3O3HeBfZ

1/2 This is disinformation about our election, directly debunked by Iowa Secretary of State @IowaSOS. It’s meant to sew distrust in our democratic process, which was Russia’s strategy too. Apparently news anchors are free to spread lies about our election, with no accountability. https://t.co/oKbspNC2bv

absolutely love the convergence of the “hillary hid the server in ukraine” people & the “hillary rigged the iowa caucus against bernie” people. this is a woman who can do all that but somehow couldn’t beat a serially bankrupt pathological narcissist with a brain made of cat food

This is a throwback when Trump began priming supporters to distrust the 2016 results on Election Day by inaccurately claiming widespread voting irregularities...until he won.https://t.co/D4mtRmAPQS https://t.co/9T7DCaIbnj

These conspiracy theories are killing me. The Iowa caucus is run by old white volunteers--what's more likely, that they rigged the entire primary or they had trouble with an app?

every tech motherfucker in january 2017: how can i help. how can i make the world a better place. how about an app

Love to see that everyone who is now on Twitter is:

1: an iOS and Android app developer
2: an Iowa native with decades of caucus experience
3: a professional investigative reporter

The latest on delayed results: One precinct chair just told me he still hasn't been able to report his results because the phone app is not working and he's been on hold for the call hotline for more than 30 minutes. More from my story this morning https://t.co/DDuub1aDa3

The presidents large adult fail sons are doing their best to sow distrust which is odd because I was told they were busy running their fathers “totally unconnected” real estate “business.” https://t.co/gzuVVXRW0U

huffpost has reporting on the dem data firm behind the failed app. most notably: it was expensive, and it sure sounds like they're trying to use it in Nevada toohttps://t.co/cBD10BHpM9 pic.twitter.com/tSTEWXoKSN

Hours before the Iowa caucuses began, the state Democratic Party received reports that precinct chairs were struggling to use an app designed to help tally participation, causing confusion and fueling conspiracy theories on social media https://t.co/RMP8H7b3e8

??‍♀️
“the app repeatedly asked him to enter a security code...After he’d logged in, the app kept kicking him off. And once he was able to enter his precinct’s results he never got a confirmation that they had been received.”https://t.co/ZcPYuqzh0F via ⁦@nytimes⁩

As the Iowa Democratic Party has confirmed, the underlying data and collection process via Shadow’s mobile caucus app was sound and accurate, but our process to transmit that caucus results data generated via the app to the IDP was not.

Importantly, this issue did not affect the underlying caucus results data. We worked as quickly as possible overnight to resolve this issue, and the IDP has worked diligently to verify results.

Shadow is an independent, for-profit technology company that contracted with the Iowa Democratic Party to build a caucus reporting mobile app, which was optional for local officials to use. The goal of the app was to ensure accuracy in a complex reporting process.

I'm usually on the other side but it's really outrageous to blame older, diligent people who handled this for years then got handed a bunch of confusing rules and bad tech by young people! https://t.co/qSCm0f36jz

A completely sincere thought: Thousands of totally well-meaning people spent a year of their lives working for candidates and their reward was being part of a historic debacle, because the state party fumbled an app. It’s infuriating.

We sincerely regret the delay in the reporting of the results of last night’s Iowa caucuses and the uncertainty it has caused to the candidates, their campaigns, and Democratic caucus-goers.

Trump allies are seizing on Iowa's caucus chaos to push conspiracy theories that the results are rigged against Bernie Sanders. https://t.co/7L6fY47P90

Jesus Christ. I know this is hard to report on for non tech audience but I hope someone in the media picks up on just how badly written this app is. Total scandal. It’s like someone pocketed a bunch of money and paid someone on Upwork $100 to bang this out #Iowa https://t.co/F0EgY1hDXu

Lol no, Pete paid the company in July, but Iowa didn't hire them until November.https://t.co/bTYxzgCG3z

This just has to be beyond parody. The Shadow app was designed by “veterans of Hillary Clinton’s 2016 campaign” who also lobbied for its use. And it gets better. Shadow’s registered office is at a WeWork building.https://t.co/pMBnw0mS36 via @financialtimes

Why the liberals in the Democratic Party failed with their app: “I think the most important rule of thumb in introducing technology into voting is be extremely conservative.”https://t.co/Fj9v1IJLy9 via @Instapaper

Here's the janky app that fucked over America https://t.co/1ZpMAK0gSN

"Cybersecurity and voting experts said they were not surprised the app failed, and that the rollout of the app was so haphazard and irresponsible that its failure was a “predictable outcome.” https://t.co/krgh5dJyuA

The 2FA on the Iowa app did not work https://t.co/WjKI25IZtb pic.twitter.com/IjLXTqDLKL

New: here is the Shadow Inc. App that failed in Iowa last night. Screenshots of the error message; app is downloaded to Android via TestFairy https://t.co/WjKI25IZtb pic.twitter.com/k5BYkxRVhL

Update: we have the Iowa app APK and have successfully installed it onto some Android phones https://t.co/WjKI25IZtb

NEW: We have the name and screenshots of the Shadow Inc. app that failed in Iowa last night, it is worse than you could possibly imagine https://t.co/5wfBoYlI2S

Interrelated critiques of the Iowa app:

the error message from the caucus app (obtained by motherboard via this great reporting https://t.co/fLvQxOhKSn) doubles as a great tabloid front page for this AM pic.twitter.com/JoJCUisHvZ

Hard to excuse distributing a caucus app to *VOLUNTEERS* without training and including an warning that says it's bad for your phone https://t.co/fLvQxOhKSn pic.twitter.com/XUwfgsuatv

This is great breakdown (including screenshots) of the garbage app Democratic leadership insisted on using for the Iowa caucuses https://t.co/SWYqojtNOQ pic.twitter.com/95pEAocGPC

Thanks for flagging this @VICE @vicenews @motherboard article for me folks!https://t.co/WHopcvKQTF

It's not clear exactly what happened, but it appears tech problems with the Democratic Party's reporting system are to blame. In particular, a new smartphone app for precincts to report back to party HQ apparently isn't working properly. https://t.co/JuV278ryix #CIO

"This is not a hack or an intrusion," a party official says, "It's just the inevitable result of our poor decision making and our obstinate insistence to ignore expert advice."

Seems like the problem with Iowa's caucus app was less about vulnerabilities than usability. Which is so often the issue with software! https://t.co/mTgI44ab9B

buttigieg's campaign tells me that their $42,500 payment to shadow was for "text messaging services to help us contact voters and [is] totally unrelated to any apps they built for the party”https://t.co/TgvhenxeQX

Nevada announces it will not use Shadow, the app the Iowa Democratic Party used for reporting results last night which led to chaos and confusion. The app was going to be used in the #Nevada caucus scheduled for February 22. #IowaCaucusDisaster https://t.co/PedEyw8X9i

The Nevada Democratic Party on Tuesday announced that it will not use the election results app which has been blamed for the delay in results from the Iowa caucuses.https://t.co/rL87ep3jhK

And these are the people who want to run the entire country?https://t.co/vdTM9FRDd5

BUSTED: If you ever wondered what it looks like when they STEAL an ELECTION in a socialist country, just look at what is going on with the Democrats in Iowa, as they panic and try to steal the election to prop up Biden, who is collapsing. https://t.co/68g0hdb4WI

You can’t make this stuff up...

They cant even run a simple caucus, how can they run as country

10 to 1 this is “fiasco by design” to be able to fix the results under a shroud of “everything went wrong” - such liarshttps://t.co/Q2WCNAJyfi