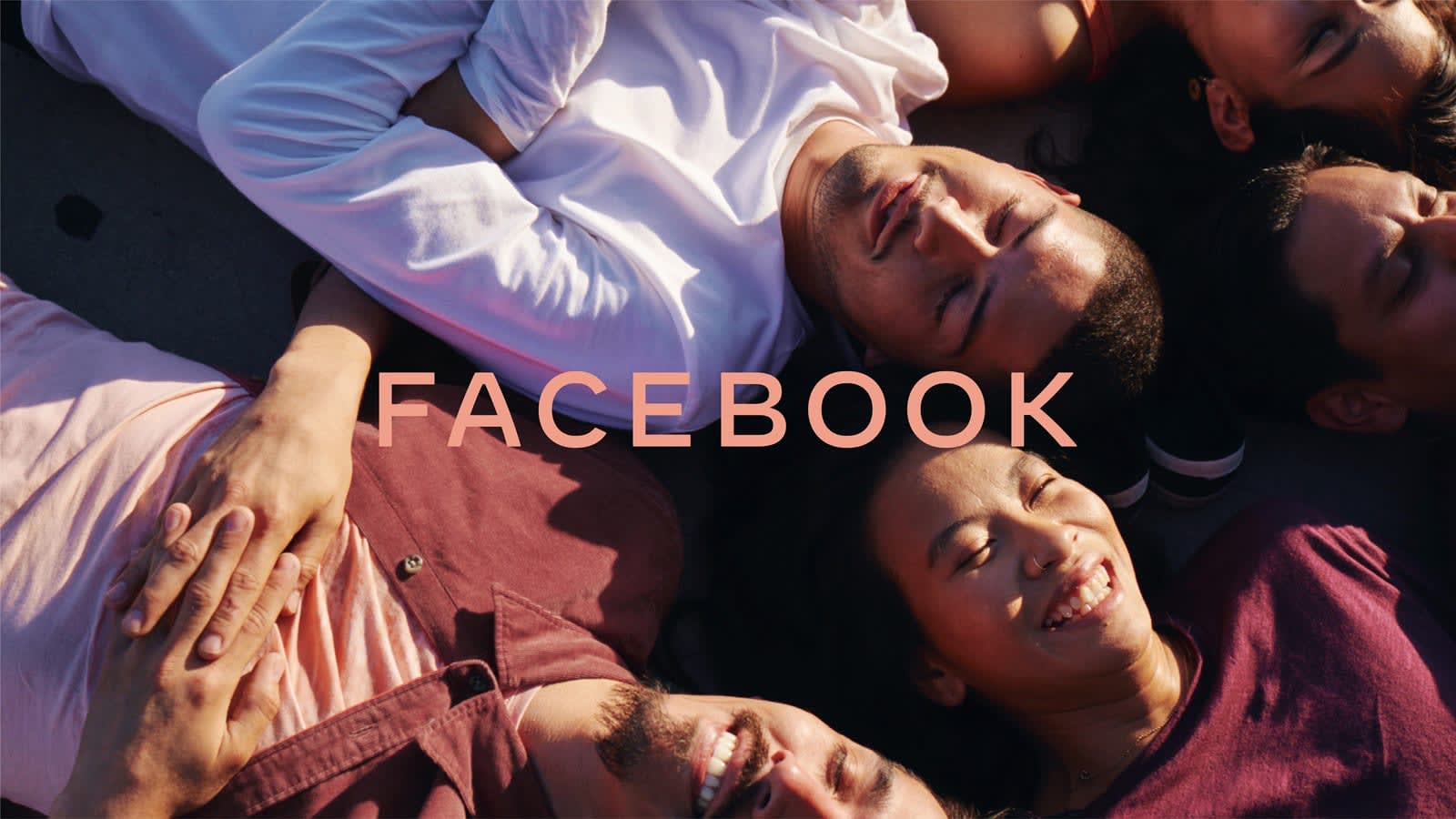 Facebook hopes a new logo will distract you from its problems [www.engadget.com]

*whispers* I’m a fan of expanding beyond the blue https://t.co/JQPUjtZLnj

Especially if you believe this is a long-term company that goes far beyond the Facebook app. And their acquisitions make a good case for that! That these current troubles are just a blip. They would have gotten shit on today for the move, but it would have been forgotten in time.

This new logo will surely solve all of Facebook’s problems https://t.co/tHV4GuvxuB pic.twitter.com/KCiQbI56aA

Aha! The reason! They didn’t want to do it from a position of weakness. Which is admirable in a way, I guess. But still would have made more sense when you just take a step back. Not sure that’s really a good reason not to do something... https://t.co/26dCyC7oF9

Facebook is of course adding the bland new logo to the bottom of its apps.

The problem is forcing "from Facebook" on Insta & WhatsApp could signal waning autonomy and scare away talent https://t.co/tj5UYCEIOx pic.twitter.com/26WI3qKzFx

Facebook’s new brand tl:dr: All that shit you use is from Facebook, and don’t you forget it (also, please don’t break us up?) pic.twitter.com/LuXx3Dt8Jl

As @harllee pointed out, this looks just like the old Uber logo. Which is definitely the association FB wants to draw, I’m sure. https://t.co/w9zVKnnqFY

This looks like the most unfriendly corporate logo ever and I trust Facebonk approximately 69% less https://t.co/0Q4NmAdbWw

This is part of a broader push FB is making to make sure users know it owns apps like Instagram and WhatsApp, as employees work to stitch the messaging backends of the apps together https://t.co/t6u2AFhBV4https://t.co/BcXRQB1CCn

Honestly surprised they didn’t do a de-facto full re-brand with a holding company. Given everything stated, it would seem to make more sense. Not to mention the um, trouble the brand has seen in the past couple of years? Keep FB as the social network, a subsidiary of ________.

It’s going to put that logo inside Instagram and WhatsApp so more people know that FB owns them. This makes people like FB more, CMO says https://t.co/pDwFhjGoLd pic.twitter.com/l6vcBvfarZ

Literally no one cares, ever, about logo changes outside the company. Reporters (used to be one) roundly hate having to write logo change stories. I wouldn't be surprised if they're the leading cause of ennui in the profession.

It's so deeply dumb. Even inside companies.... https://t.co/vOCvjlm2qn

look at that subtle off-white coloring. the tasteful thickness of it. oh, my god. it even has a watermark. https://t.co/KEXFLVXL8O

Tag yourself I’m the guy on the other side of the planet from this and it’s not far enough. https://t.co/pbm8L2T3gU

When the molly kicks in and you all collapse into a cuddle puddle on your dorm room floor ... the new Facebook is there for you pic.twitter.com/TJnP53lFFQ

Facebook wants to slap its brand more prominently on Instagram and WhatsApp because most people don't know those are owned by Facebook, and “when they know, the overall appreciation for the Facebook family actually grows,” CMO tells @KurtWagner8 https://t.co/2W0AbfvYYk

So it changes colour near your sweatiest body parts...? https://t.co/XxknY4tUcB

Not my favorite word mark. Looks like the A is priming to rocket away just before the K starts drilling down the rest.. ¯\_(ツ)_/°¯ https://t.co/lWnQuaTD5u

Why say something with your logo, when you can say nothing? https://t.co/pt50lz6Woa

Pay no attention to the man behind the screen, instead, focus on the new shimmering screen! https://t.co/kVjj0o5VrW

Facebook the corporation wants to distinguish itself from Facebook the app, and make it clear that Instagram and WhatsApp also belong to the same company https://t.co/OuDQGDg2A8

e.g. when people find out WhatsApp is owned by Facebook, it hurts their opinion of WhatsApp, which bills itself as a secure, private place. That’s a “brand tax,” CMO says

That’s a bold strategy there. Didn’t work so well for Goldman Sachs and Marcus https://t.co/XAfO4NbQiZ

The new Facebook logo is just … the opening titles from Succession? https://t.co/66w8jHwKWS

Also: FB apparently considered changing the company name because a re-brand from Facebook to Facebook is still... confusing.

But changing the name would have looked like FB was trying to run away from all the problems associated with that name, so they decided against it pic.twitter.com/Lx5UMIs4oO

The new Facebook logo comes in multiple colors? Or is it a color-changing Gif? I'm so confused.

Aka the FB blue app is no longer the face of the companyhttps://t.co/vEtGPTwZfg pic.twitter.com/Od3YlJOeMI

is it just me or is the new facebook logo terrifying https://t.co/PZamJe86sh

“We’ve aided in genocide, jacked up democracy, profit in lies and watched our CEO’s shitshow on Capital Hill. Anyone got anything?”

The problem is forcing "from Facebook" on Insta & WhatsApp could signal waning autonomy and scare away talent https://t.co/tj5UYCEIOx pic.twitter.com/26WI3qKzFx

Facebook hopes a new logo will distract you from its problems https://t.co/D2e91REf9I pic.twitter.com/DzCAjJVBU8

Facebook rebrands as calls for government-led breakup continue. The timing of the move is notable because the company faces calls from politicians and consumer advocates for the government to break it up into various pieces. https://t.co/BMQNomRCAp