How SoftBank made WeWork an offer it had to accept [www.businessinsider.com] 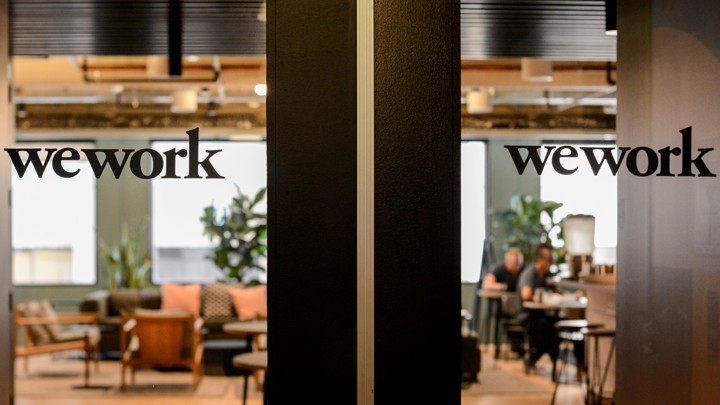 “WeWork has burned through almost $2.5 billion of cash since the end of June...” https://t.co/InYvHKgiXO

"By harnessing the language of uplift and spirituality, American capitalism isn’t reforming itself. It’s just claimed another commodity to be possessed, marketed, and sold." via @DKThomp https://t.co/48flQzAtQ0

"He dazzled journalists, celebrities, and investment banks. And he did it, in large part, with a story that, like all good bullshit, contained a truth exquisitely tailored to its time." https://t.co/VWMhJfS9bs

I'm like the other guys, but I'm also curious what you think of this or where I can find a good essay on WeWork https://t.co/nubetsyMBv

This is a depressing read, and it makes me think that there really are serious dangers in capitalism embracing religious thinking. https://t.co/IxtNuounTR

.@DKThomp on Adam Neumann is worth reading:

"It is not unusual for founders of billion-dollar enterprises to get rich. What’s deeply unusual, however, is the way Neumann wrapped himself around WeWork’s business to squeeze profit from its every pore."https://t.co/jiLEQABt7a

"Adam Neumann, who emerged from the wreckage as one of the nation’s richest founders, as a figure of almost mystical monstrousness—like some capitalist chimera of Midas and Houdini"https://t.co/w3HMOmapJg

really terrific piece from @DKThomp on the complicated con artistry of WeWork's Adam Neumann and its larger implications for the economy: https://t.co/l7NVzfKTw2

I wrote a longish piece combining a few topics that have consumed my last few months of writing:

Well this is shitty.

“WeWork is paying Adam Neumann more than $1 billion to go away. Meanwhile, the company is so cash-poor that it cannot afford to pay the severances of the 4,000 workers it intends to cut.”https://t.co/eTmrbSR464

Whenever a corporation says they want to build a “community” you know they’re a grifthttps://t.co/aNmDu1D5tK

"Neumann wrapped himself around WeWork’s business to squeeze profit from its every pore, even as he proclaimed his firm’s spirit of generosity" https://t.co/p6lqPUq1yp

ICYMI: We got the transcript of WeWork's all-hands this week. Here's the company's new top boss (and SoftBank COO) saying how he wants to "prove all those detractors that are writing articles about us that they’re completely wrong"https://t.co/zUG4RrdAvK pic.twitter.com/vUBDnWihkG

“The size of the commitment that SoftBank has made to this company in the past and now is $18.5 billion. To put the things in context, that is bigger than the GDP of my country where I came from. “https://t.co/MEN090dHjK

The ex-CEO of Sprint being brought in to save WeWork and referring to his tenure at Sprint as a success story is really something, when what he did was slash costs, lay people off, and make a case that Sprint couldn't survive without being sold to T-Mobile https://t.co/EYLh6e0dLp

SoftBank exec/WeWork chairman Claure on the $185 M fee to adam:

"we thought that’s going to be a great investment to basically put the company back into our hands ... to run it without having somebody with a gun, always basically voting shares 10 to 1"https://t.co/aLZhda2DpI

"The size of the commitment that SoftBank has made to this company in the past and now is $18.5 billion. To put the things in context, that is bigger than the GDP of my country where I came from. That’s a country where there’s 11 million people." https://t.co/D201KgfgE5

I read the transcript from the all hands with the new exec chairman from @wework and came away feeling they are about to have a Mighty Ducks moment. https://t.co/jDAqhaPWyl

We got the inside scoop WeWork's all-hands yesterday. Read the full transcript here, in which the company's new exec chairman addresses anxious employees and lays out his plan for a comeback.

In an exclusive leaked recording of an all-staff meeting, new leadership at @WeWork addresses why former CEO Adam Neumann is exiting with $1.7 billion while many employees are facing job insecurity. https://t.co/2IyeB3QJQU

"And that has a price and we thought that’s going to be a great investment to basically put the company back into our hands for us to be able to run it without having somebody with a gun, always basically voting shares 10 to 1."https://t.co/W9r3TGpN6c

We got the transcript of WeWork's all-hands meeting and it's fascinating reading. https://t.co/SyucIxLYgz

Fascinating document from @shiringhaffary: Transcript of new WeWork boss addressing the troops, many of whom will shortly be laid off. https://t.co/815pkVMkhE