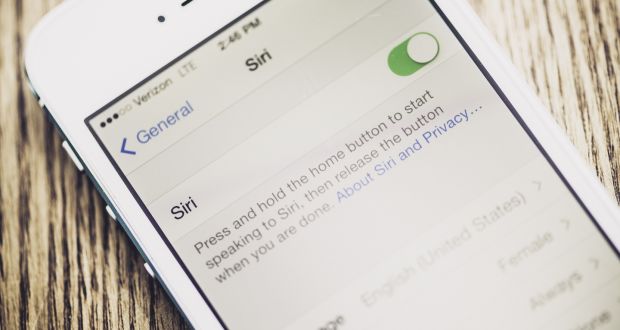 Apple lays off 300 contractors in Cork hired to listen to Siri [www.irishtimes.com]

Apple Will Continue to Review Computer-Generated Siri Transcripts Regardless of Opt-In Status [www.macrumors.com]

Apple is making significant changes to the way Siri grading works and, most importantly, it is turning it OFF by default, making it an opt-in process. https://t.co/MXqGwDVRnW

But it remains super frustrating to see this briefed out under embargo to other outlets, while Apple didn’t even do us the courtesy of sending a note to let us know it had gone live. If they’re so sorry about their mistake, why is the Guardian being punished for revealing it?

“Privacy Fundamentalism” as a slander will not age well. https://t.co/9dgqd7JWIK

In a nutshell, Apple will once again use humans to listen to a sampling of Siri recordings (in an effort to improve Siri). However, users have to opt-in and Apple employees will be the ones listening.

1) Audio recordings of Siri interactions won't be retained.
2) Users have to opt-in to have Siri recordings sampled.
3) Apple will no longer use contractors for process. https://t.co/VMwuFgpueG pic.twitter.com/RZsK0t4TT6

Guardian reports the contractors who were listening to and grading Siri recordings have been fired https://t.co/dIIjkylDs9 https://t.co/KUBd6OJF1x

Apple’s Siri-grading changes are good, but I’d like to see them go a bit further.

Saving audio should be opt-in, and is. 👍

But saving transcripts is still mandatory if you want to use Siri at all. On-by-default is fine, but it should have an opt-out.https://t.co/XROYRUG9W9 pic.twitter.com/xD0cFrYXZP

This Siri privacy thing does feel like the most full-throated apology Apple has made since the Maps debacle back in 2012 (unlike the somewhat passive aggressive apologies for things like Mac keyboards and iPhone battery issues) https://t.co/gXOm5kcUp3

Note that if you don’t opt in to Apple saving Siri recordings, they will still store the text transcripts of what Siri heard. So snippets of ‘private’ conversations are still technically accessible to employees. https://t.co/tAe3HsaIAh

Apple says it won't record your Siri conversations anymore--but it will, via "opt-in." Most folks fall for "opt-in" ruse. I gave Google approval to monitor me, as feature I wanted not available any other way. Google wasn't straight with me. Will Apple be? https://t.co/BT8c61V330

"We’ve decided to make some changes to Siri" in response to privacy concerns, announces @Apple. https://t.co/u4OEZN10HN

I'm mostly joking but it feels like Apple watched my video https://t.co/scUpqC41aK allowing users to "opt in" to help Siri better instead of an option to "opt out" and no longer will they use 3rd party contractors for analysis. Only internal at Apple

Apple's changing Siri's privacy protections...after getting exposed for hearing our conversations. It's the right move, but how many times has Apple ONLY changed BECAUSE they were caught - Battery Gate, Touch Disease, Keyboard, Siri etc. https://t.co/OKsifFlc4m pic.twitter.com/P7QEAbSFVR

“Third, when customers opt in, only Apple employees will be allowed to listen to audio samples of the Siri interactions. Our team will work to delete any recording which is determined to be an inadvertent trigger—“https://t.co/sbU138b65F

Credit to Apple for a) apologising and b) committing to making it opt-in, not opt-out, once it reinstates the grading program: https://t.co/YWz7mysZrv

Apple lede of “At Apple, we believe privacy is a fundamental human right.” Is always a precursor to something they did so badly and had to change. This time it’s the Siri 💩 https://t.co/Ta1gUcgS3v

Apple just apologized for using contractors to listen to Siri audio recordings for "grading" purposes and is making it opt-in and if you opt-in, reviewed by Apple employeeshttps://t.co/KKwOVCWwJT

Are y'all satisfied now?

“What happens on your iPhone stays on our servers”...#CyberSecurity #Privacy https://t.co/VAaL502eII

This is the right move // Apple will no longer keep Siri audio recordings by default, makes feature opt-in https://t.co/Gn2GJimoIb via @ZDNet & @campuscodi

Siri audio for improving speech recognition - customers must opt-in for human review of audio going forward, and only Apple employees will be doing reviews. https://t.co/VZhADj9urk

Improving Siri’s privacy protections <& why wasn’t this the case to begin with ? https://t.co/1oUkSbimMZ